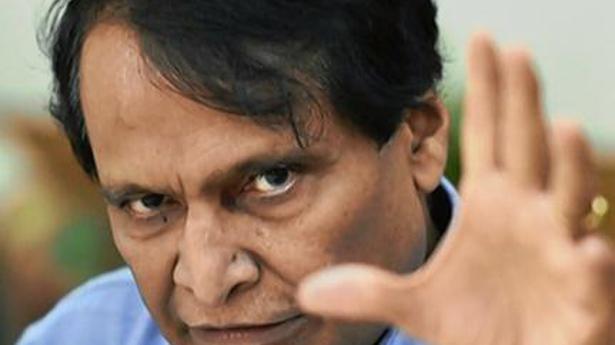 Nations need to work together now.

India’s Sherpa to the G7 and G20 Suresh Prabhu has said that the growing tendency among nations to frame inward-looking policies and spurn multilateralism is a recipe for a greater disaster for the global economy that is already hobbled by the COVID-19 pandemic.

Mr. Prabhu said it was imperative that Italy, Indonesia and India, which will be assuming the G20 Presidency over the next three years, impress upon other G20 members, the need to revive multilateralism in order to boost prospects of meeting the world’s immediate challenges of providing COVID-19 vaccines universally along with healthcare coverage, reviving the global economy and mitigating climate change.

“The global economy is under threat — now clearly because of the pandemic — but it was already slowing down before that. Denial of multilateralism is also one of the reasons economies slowed down more,” Mr. Prabhu said at a conference hosted by RIS and the CII titled ‘Future Roadmap for Global Economic Recovery: Reflections on G20 Riyadh Summit and Beyond’.

“Now, look at the paradox that is emerging: technology will make the world smaller, digital economy will make it even more integrated, at the same time, we are not accepting this reality by turning our back to it… already, there is a clearly discernible trend towards unilateralism, so multilateralism which should be the guiding principle for dealing with such issues, becomes a casualty,” he warned.

“A lack of multilateralism is going to create more challenges in dealing with global issues — whether it’s economy, healthcare or climate change. If you want to revive the economy, you cannot do so by turning inwards, but by integrating with the rest of the world with transparent and democratic rules-based mechanisms,” Mr. Prabhu said, stressing the need to ensure that multilateral bodies such as the World Trade Organisation (WTO) and the United Nations (UN) remain relevant.

Conceding that even the UN and WTO must be asked to change with the changing times, he said that outright denial of multilateralism, however, is ‘not just a folly, but a definite recipe for more disasters to come’.

“We will have to work together pro-actively during the G20 leadership of Italy, Indonesia and India. The three ‘I’s will have to remind the rest of the world that you cannot develop the world by only saying ‘I’. You have to say ‘We’. The G20 has the responsibility and obligations not only to those who are present in the room, but also those that are not in the room,” Mr. Prabhu concluded.

India will assume the presidency and host the G20 summit in 2023, while Italy and Indonesia will steer the presidency in 2021 and 2022, respectively.

Consumer spending to rebound in 2021: Fitch

A systematic way of maximising returns on investment

What is a SIP? A Systematic Investment Plan (SIP) is a way to invest in mutual funds wherein a fixed sum of money is put into a mutual fund scheme at a specified date every month. It is considered to be investor-friendly and an efficient manner of investing in the capital markets as one can […]

State-run lender Bank of India (BoI) reported a ₹266 crore net profit for the second quarter, compared with a loss of ₹1,156 crore reported during the same period of the previous year due to a fall in provisioning for bad loans. Net interest income rose by 32% from ₹2,927 crore in the corresponding period of […]