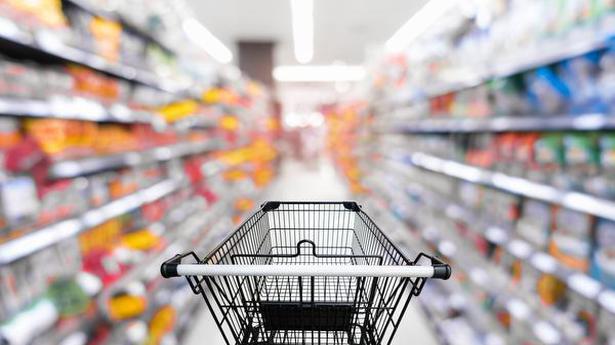 The story so far: A worryingly persistent slowdown dragged economic growth in India down to 5% in the fiscal first quarter, its weakest pace in more than six years. And while the recent weeks have seen the possible reasons for the slowdown, as well as the government’s policy measures to ostensibly help revive the economy being put under the spotlight, the missing demand is yet to be addressed in a direct and concerted manner. As data from the National Statistical Office show, private consumption expenditure, which contributes more than half the gross domestic product and is the mainstay of demand, has decelerated so sharply that at 3.1%, the expansion is at an 18-quarter low. Automobile sales continued to plunge in August, posting their worst drop since the Society of Indian Automobile Manufacturers (SIAM) started collating wholesale vehicle sales data in 1997-98. The absence of demand pervades almost every key sector: from consumer durables to biscuits and housing.

How did we get here?

Multiple factors have contributed to the demand drought. A lack of jobs, or even where jobs are available — like in the new or digitally enabled “gig” economy — a tenuousness about the incomes from such work, the abiding rural distress, widening inequality and, interestingly, in the opinion of some economists, even the Reserve Bank of India’s successful targeting of inflation are all cited as contributors. The view on inflation is compelling as its proponents contend that for an economy such as India’s, the central bank’s remit of containing consumer price index based inflation within a 2-6% band may be proving less than ideal, especially if monetary policy makers fix their sights on trying to peg inflation at or less than 4% — even it means retarding growth as a fallout. Low inflation extracts costs in the form of lower nominal growth (growth measured in current prices) that could crimp tax receipts and in turn lead to cuts in government spending, these economists assert. Also, with wage/salary increases most often linked to inflation, slower price gains would result in smaller annual increments that would leave the earners more wary of spending on discretionary or non-essential purchases. The crisis of demand in the rural hinterland has snowballed to the point where sellers of consumer goods including Hindustan Unilever (HUL) and ITC have seen appreciable slowing in sales growth in recent quarters. Rural growth rates — which were almost double those in urban areas earlier — have eased to the point where they are now almost at par with those in urban areas, according to HUL’s first-quarter results statement.

And it is not just consumer goods makers that are hurting from lack of rural consumption. In a research report earlier this month, CRISIL Ratings forecast weak growth in rural income and moderation in rural infrastructure spending would lead to de-growth in tractor sales volume by 5-7% this fiscal. “Rural wage growth was lower at 3-4% [last year] compared with an average 6% in the preceding two fiscals,” the ratings firm’s research group wrote.

What can be done to revive demand?

Consumer sentiment is a key ingredient affecting consumption and it is vital for policy makers to address weakness in consumer sentiment through a mix of measures in the economic realm, both monetary and fiscal, as well as ensuring a congenial socio-political climate that enhances the ‘feel-good’ factor. As the RBI had pointed to in its last policy announcement in August, consumer confidence has worsened appreciably, with 63.8% of respondents in its July survey expecting discretionary spending to stay at the same level or decrease one year ahead. In June 2018, only 37.3% of those surveyed held such a downbeat view.

On the monetary side, ensuring lower borrowing costs as well as adequate availability of credit are crucial to helping create an enabling environment for consumers to consider taking out loans to fund their purchases.

However, fiscal measures are in many ways far more crucial. Targeted tax breaks or non-tax sops that incentivise consumption is one option and the U.S. ‘cash for clunkers’ or Car Allowance Rebate System (CARS) programme of 2009, which provided economic incentives to U.S. residents to purchase a new, more fuel-efficient vehicle when trading in a less fuel-efficient vehicle, is a classic example.

The government’s latest decision to cut baseline corporate tax rates is certainly a good move, aimed at incentivising and spurring sluggish capital investment by businesses. However, companies may balk at adding capacity when demand for their manufactured goods is still weak and it is therefore imperative that the revival of demand stays front and centre of any new policy measures.

As far as rural demand goes, the government must go beyond the Pradhan Mantri KIsan SAmman Nidhi, or PM-KISAN income supplementing scheme and tackle the crisis of low real farm incomes by radically recalibrating its approach to the agrarian economy. As an immediate and necessary measure, the Mahatma Gandhi National Rural Employment Guarantee Scheme needs to be reinvigorated by ensuring timely and adequate funding and the fixing of appropriate wage levels. As studies have shown, in its first five years, the scheme gave a big fillip to rural incomes and consumption in the hinterland.

What, if any, are the risks?

Any economic stimulus package that the government may come up with would necessarily assume a short-term loosening of the fiscal deficit goals, whether from enhanced spending or from reduced tax revenues as the corporate tax cut may engender. If the stimulus also entails a large expenditure component, there could also be second-order inflationary consequences. However, the risks of failing to revive demand, at a juncture when the economy is heading for a stall, are far greater in the long run. Once, the economy has been reflated and demand revives, revenue buoyancy is bound to return and prudent management can ensure a gradual return to normal service on long-run fiscal goals.

RBI board reviews state of economy

“The board deliberated on the current economic situation and the evolving challenges posed by the pandemic,” the RBI said in a statement. Source: thehindu.com Related

On May 12, the rupee had settled at 75.51 against the U.S. dollar. Source: thehindu.com Related