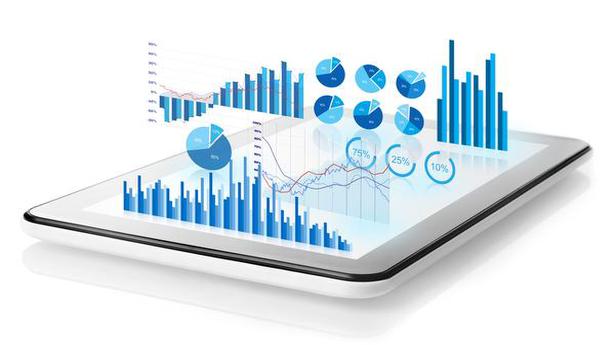 The story so far: On May 23, the government announced that the National Sample Survey Office (NSSO) will be merged with the Central Statistics Office to form the National Statistical Office (NSO). Many believe that this move will undermine the autonomy of the NSSO which has been at the centre of various public controversies over data on economic growth and unemployment. The NSO will be headed by the secretary of the Ministry of Statistics and Programme Implementation (MOSPI). This is in contrast to the original plan proposed by experts to merge various statistical bodies such as the NSSO and others to create a unified statistics body that is accountable to Parliament, rather than the government.

What is the issue?

In May, the NSSO came out with a report which cast serious doubt on the reliability of raw data that is used to calculate India’s gross domestic product (GDP). The NSSO stated that it could not either trace or classify 38.7% of the companies included in the MCA-21, a database of private companies that is maintained by the Ministry of Corporate Affairs, whose financial numbers the government currently uses to calculate GDP figures. The NSSO found that data from the Economic Census and the Business Register were far less affected by these issues that plagued the MCA-21 database.

Many believe that the poor quality of raw company data could heavily skew the measurement of private sector business growth, which is a part of the overall GDP of the economy. When data gathered from the MCA-21 database was first used to revise earlier growth figures, sectors such as manufacturing showed significant growth in size in 2013-14. This was in stark contrast to the earlier estimates that showed an actual contraction in the size of manufacturing.

What is the government stand?

MOSPI, however, has defended the use of the MCA-21 database to calculate GDP numbers stating that appropriate adjustments are made to make sure there is no overestimation of GDP. In a clarification issued on May 10, the government stated that companies classified as “out-of-coverage” by the NSSO still contributed to the economy even though they may not fall strictly under the services sector. It further stated that the weightage given to companies that report their financial numbers is far greater and that, in reality, only about 16.4% of companies in the MCA-21 are either closed or non-traceable. The NSSO’s apprehension over the MCA-21 database still adds to concerns that already exist about the reliability of GDP data that is put out by the government due to recent changes in methodology.

How is MCA-21 important to GDP?

Experts feel that the financial accounts of several shell companies that are included in the MCA-21 database could be fictitious, and thus cannot be considered as a good proxy for real economic activity. For instance, under the revised GDP series that was introduced in 2015, financial data from companies that filed their accounts with the government even just once in three years were considered sufficient to help make GDP growth estimations. Supporters of the new methodology believe that, in reality, the accounts of most shell companies reflect the financial activities of actual businesses which remain camouflaged behind these fictitious entities. So, they believe, the non-inclusion of shell companies will actually lead to a significant underestimation of the true size of the economy.

Government statisticians have for long used small surveys to gather the raw data that are required to make “blown up” estimations about the growth of the wider economy. This, however, changed in 2015 when the government introduced a new GDP series with 2011-12 as the base year (from the previous base year of 2004-05) and introduced the MCA-21 database as the mainstay for calculating GDP figures. The fact that even data for the organised sector of the economy were unreliable has raised doubts about the reliability of other data. Data on the large unorganised sector, for instance, are even cruder and can be extremely unreliable. It is worth noting that policymakers within the government depend heavily on official GDP figures to frame their policies.

Is the data collected reliable?

The field of economic statistics largely involves the estimation of trends in the economy based on sample data that is collected through surveys and other means. This usually gives rise to disagreements even among experts within the field who could have a genuine difference in opinion about how raw economic data should be collected, and about the various assumptions that should go into the calculation of GDP and other economic estimations. What has caused a rise in concerns about the reliability of India’s GDP figures in the last few years, however, is the belief that the government led by Prime Minister Narendra Modi may be increasing its interference in the process of the production of economic data. Further, the divergence between official GDP figures which show that growth has fallen below 6% in the fourth quarter and high-frequency economic data which reveal how various sectors are facing a serious slowdown has cast further doubt on the reliability of government data. In January, two non-government members of the National Statistical Commission resigned over, among other reasons, the government’s reluctance to release jobs data collected by the NSSO. The NSSO’s periodic labour force survey, which was leaked in January, had reported that the unemployment rate was at a 45-year high of 6.1% in 2017-18.

Will the merger impact the credibility of government data?

The move will give the government greater leverage over production of key data. The lack of transparency in the production of economic data can over time cause the users of such data to discount its value. This has been the case in countries such as China where the constant tinkering in official economic data has caused analysts to lose trust in them.

Tourism Minister C.T. Ravi, on Saturday, said Chikkamagaluru district has greater tourism potential. The State government will take up eco-friendly projects to promote tourist attractions here. He was speaking to presspersons during his visit to Sri Guru Dattatreya Bababudan Swamy Dargah. He said there were many tourist spots in the district. “We need to attract […]