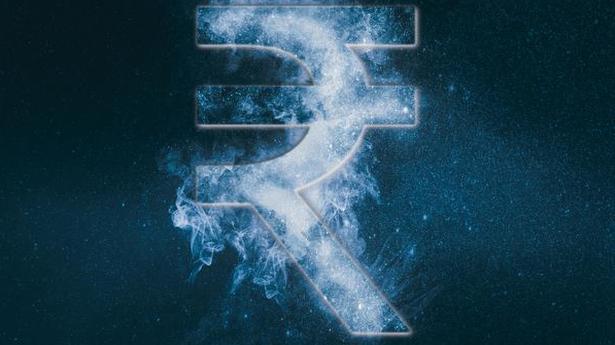 The story so far: The Standing Committee on Finance recently came out with its report on the ‘status of unaccounted income and wealth both inside and outside the country’ in which, after consulting three premier think-tanks and doing multiple analyses using various methods, it came to the conclusion that there was no reliable way to quantify black money whether in India or abroad.

What is black money?

The first category is the more obvious of the two. Money that is earned through illegal activity is obviously not reported to the tax authorities, and so is black. The second category comprises income from legal activity that is not reported to the tax authorities. For example, let us assume that a piece of land is sold, with the payment made in the proportion of 60% by cheque or electronic transfer, and 40% in cash. If that 40% cash component is not reported to the Income Tax Department, then it is black money. A large number of small shops around the country almost exclusively do business in cash without receipts. All of this could potentially be black money.

Another major source of black money is income earned by companies that is routed through shell companies abroad, thereby evading tax authorities.

Why is it difficult to measure it?

The very definition of black money makes it extremely difficult to quantify. How is the government supposed to measure the economic activity that is actively being hidden from it? According to the Standing Committee’s report, the sectors that see the highest incidence of black money include real estate, mining, pharmaceuticals, pan masala, the gutkha and tobacco industry, bullion and commodity markets, the film industry, and educational institutes and professionals.

As the report also notes, neither are there reliable estimates of black money generation or accumulation and nor is there an accurate well-accepted methodology to make such an estimation. Every estimate depends upon the underlying assumptions made by the designers of the measurement, and so far there is no uniformity in the assumptions made by the various agencies tasked with measuring the black economy.

The estimates of the black money in the system provided by the Standing Committee vary from 7% of GDP to 120% of GDP, highlighting the wide variance in the methods of estimation.

What are some of the methods used?

One of the more popular methods is the monetary method. This method assumes that the existence of and changes in the share of unaccounted income is reflected in the stock or flow of money in the system. In other words, track the money in the economy and you’ll get an idea of how much has not been accounted for.

Another method is the global indicator or input-based method. In this method, unaccounted income is modelled using a single universal variable with which it is assumed to be highly correlated, therefore these estimates are also called input-based estimates. Basically, the estimated level of activity in these indicators is compared to the reported level of GDP to arrive at an estimate of under-reporting.

One common input used in this method is the quantity of land freight transport. The idea is that matching the actual amount of freight transported in the country to the reported amount of economic activity in the related sectors could give an estimate of how much is not being reported.

A third method to measure black money is a straightforward survey. This one, however, requires voluntary information from people and businesses concealing their incomes and so is prone to inaccuracies.

How can the government curb black money?

There are several ways and the first is through legislative action. The government has already enacted several laws that seek to formalise the economy and make it necessary to report economic transactions. These include the Central Goods and Services Tax Act, the various GST Acts at the State levels, the Black Money (Undisclosed Foreign Income and Assets) and Imposition of Tax Act, 2015, the Benami Transactions (Prohibition) Amendment Act, and the Fugitive Economic Offenders Act to name a few.

Another method employed by the government to make it harder for transactions to be hidden is to mandate the reporting of PAN for transactions of more than ₹2.5 lakh, and the prohibition of cash receipts of ₹2 lakh or more and a penalty equal to the amount of such receipts if a person contravenes the provision.

Ever since the Finance Minister presented the Union Budget proposals, there has been a lot of heartburn about dividends becoming taxable. Sit back and relax, nobody has moved your cheese. Let’s get the perspective on what is happening, and where you need to set the temperature to suit the new climate. We will start with […]