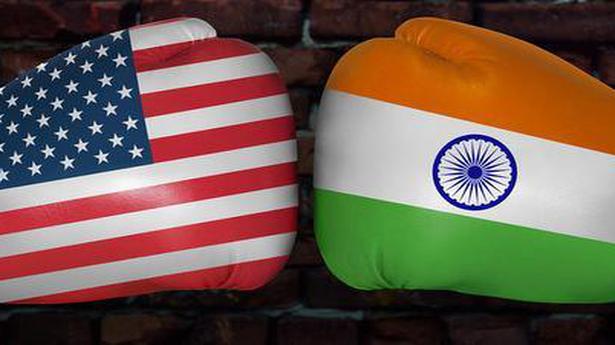 What is the programme?

The Generalized System of Preferences is the largest and oldest United States trade preference programme. The U.S. intended it to promote economic development by eliminating duties on some products it imports from the 120 countries designated as beneficiaries.

When was it introduced?

It was established by the Trade Act of 1974. According to the website of the U.S. Trade Representative, the GSP helps spur sustainable development in beneficiary countries by helping them increase and diversify their trade with the U.S. The U.S. also believes that moving GSP imports from the docks to U.S. consumers, farmers, and manufacturers supports tens of thousands of jobs in the U.S. The other benefit is that “GSP boosts American competitiveness by reducing the costs of imported inputs used by U.S. companies to manufacture goods in the United States.” The Trade Representative says the GSP is important to U.S. small businesses, many of which rely on the programmes’ duty savings to stay competitive.

Why is it important for India?

The Indian export industry may not feel the pinch of the GSP removal for India by the U.S. The loss for the industry amounts to about $190 million on exports of $5.6 billion falling under the GSP category. But specific sectors, such as gem and jewellery, leather and processed foods will lose the benefits of the programme. A producer may be able to bear 2-3% of the loss from the change, but not more. The loss, in export of some kinds of rice for example, may even exceed 10%. The landed price of goods from India has to be the same as it was before the GSP was removed. If not, consumers of those products in the U.S. would gravitate to producers that enjoy the GSP benefits and hence are able to offer lower prices. Obviously, it is difficult to get back a customer that a competitor takes away.

Why is India in the cross-hairs?

The U.S. conducts periodic reviews of the programme. The review for India, taken up last year, focussed on ‘whether it is meeting the eligibility criterion that requires a GSP beneficiary country to assure the U.S. that it will provide equitable and reasonable access to its market.’ The Trade Representative accepted two petitions asserting that India did not meet the criterion: one from the National Milk Producers Federation and the U.S. Dairy Export Council, and the other from the Advanced Medical Technology Association. India wants dairy products, which could form part of religious worship, certified that they were was only derived from animals that have not been fed food containing internal organs. Other exporters such as EU nations and New Zealand certify their products, but the U.S. has so far not done so. Second, India has recently placed a cap on the prices of medical devices, like stents, that impacts U.S. exports of such devices.

What can the Indian government do?

The government must offer fiscal help to the affected sectors. But the obvious question is: what can India do if it has to be compliant with World Trade Organisation rules that protect all its members equally from undue sops given to exporters? A wry answer is that if the U.S. is not playing by WTO rules, other countries too need to be able to protect their industries. But it is possible to offer some breather to producers suffering losses from the GSP removal, even while being WTO-compliant. The Centre could consider refund of taxes for goods not under GST. Use of electricity or petrol in the manufacture of such goods but for which an input credit is not available could qualify here. Helping such sectors would also protect jobs; especially when job creation is at a low.

The Finance Ministry is scheduled to make a detailed presentation to the Prime Minister later in the day on the state of economy and several initiatives that it plans to undertake to stimulate Indian economy Source: thehindu.com Related