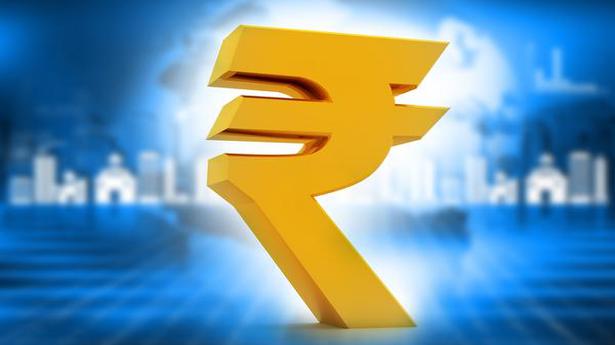 The story so far: The government, Finance Minister Nirmala Sitharaman announced in the Budget speech, plans to raise a portion of its gross borrowing from overseas markets. The government and the Reserve Bank of India (RBI) will reportedly finalise the plans for the overseas issue of sovereign bonds by September. While several commentators have argued that this is a risky move, the government itself is convinced that it will help boost private investment in the country.

What is an overseas bond issue?

A government bond or sovereign bond is a form of debt that the government undertakes wherein it issues bonds with the promise to pay periodic interest payments and also repay the entire face value of the bond on the maturity date. So far, the government has only issued bonds in the domestic market.

According to Ms. Sitharaman, India’s sovereign external debt to GDP ratio is among the lowest around the world, at less than 5%. Against this background, the government will start raising a part of its gross borrowing programme in external markets in external currencies. This, she said, would also have a beneficial impact on the demand for government securities in the India. The market estimates that the government will only test the waters and borrow about $10 billion, which works out to about 10% of its gross market borrowing.

What are the benefits of an overseas bond issue?

According to Finance Secretary Subhash Chandra Garg, government borrowing accounts for about 80-85% of domestic savings. He also said that the overseas borrowing programme allows the government to maintain its gradual reduction of the fiscal deficit. Had the government listened to some commentators and relaxed its fiscal deficit to say 4.4%, then this would have allowed it to borrow an additional ₹2 lakh crore from the domestic market. However, this would have been ₹2 lakh crore that would not be available now to the private sector for borrowing purposes.

Therefore, borrowing overseas allows the government to raise funds in such a way that there is enough domestic credit available for the private sector.

The appetite of the international market for Indian bonds and their price will also say a lot about how India is viewed globally on the risk factor. For example, if the rate at which India can borrow overseas is low, then this would mean the global market assigns a low risk to India defaulting. This would undoubtedly be something the Narendra Modi government would take pride in.

What are the risks?

Several economists have expressed their concerns over the fact that India might follow the path of some Central and South American countries such as Mexico and Brazil. In the 1970s, several of these countries borrowed heavily overseas when the global market was flush with liquidity. But then, when their currencies depreciated sharply a decade later, these countries were in big trouble as they could not repay their debt.

India is not likely to be viewed as a risky proposition by the international market and so is likely to fetch an attractive rate for the bonds. Cheap and plentiful funds, however, should not encourage the government to borrow too heavily from abroad.

On the other hand, a rupee depreciation for whatever external reason would prove even more disastrous as it would make it far more expensive for India to repay its external debt.

What does it mean for the domestic market?

According to the government’s own reasoning, there are not enough funds in the domestic market to cater to its needs as well as those of the private sector. This shallowness of the bond market is not a good thing, especially at a time when the government needs the bond market to finance several of its commitments. The Ujwal Discom Assurance Yojana (UDAY) scheme, for example, involves State governments taking over the debt of State power distribution companies and issuing bonds to repay that debt. Or take the government’s Budget announcement of a further ₹70,000 crore capital infusion in public sector banks. A shallow bond market would make it difficult for the government to expand any of these schemes.

The world is cowering under the COVID19 threat. Let’s take a look at the insurance cover is available for those who get infected. The first question that comes to mind is: will my hospitalisation policy pay for a COVID-19-related hospitalisation and treatment? The answer seems clear, up to a point. Existing policies should cover hospitalisation […]

A Chinese international trade promotion agency said it would offer force majeure certificates to companies struggling to cope with the impact of the new coronavirus epidemic on their business with overseas partners. The move by the China Council for The Promotion of International Trade (CCPIT), officially accredited with Beijing’s Commerce Ministry, was announced late on […]

In the notification, the CBDT said TDS on 23 items has been reduced. Source: thehindu.com Related