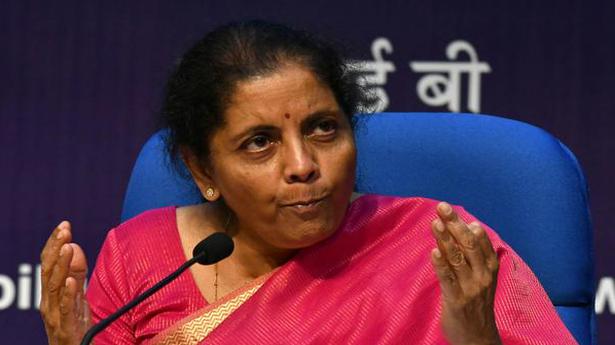 The Centre’s budget proposal earlier this month to increase taxes on those with annual incomes of more than ₹2 crores ($292,269) has rattled many foreign portfolio investors (FPIs).

The realisation that the new tax likely applies to the trusts through which many foreign investors put money into Indian financial markets sent stocks plunging last week. Now, their advisors say the investors are threatening to pull funds from India unless rules are amended so that they won’t take a tax hit.

Here are some facts about the new tax rules.

What are the new rules?

In her budget, Union Finance Minister Nirmala Sitharaman proposed a tax increase of 3% for individuals with an annual income of between ₹2 and ₹5 crores, and 7% for those earning more than ₹5 crores.

The additional taxes apply to individuals, and groups of individuals who are an Association of Persons (AoP) or a body of individuals. It takes the tax rate of someone earning ₹2 crores up to 39%, and for those earning more than ₹5 crores the rate climbs to at least 42.7%.

The surcharge increases the effective tax rate for most FPIs, set up as Trusts or AOPs, by almost 7%, said Rajesh Gandhi, partner, Deloitte India. “This is a steep increase in the tax rate and is perceived negatively by FPIs.”

Finance Ministry officials said the government was unlikely to withdraw the new rules for foreign investors as it would send the wrong signal to domestic investors, who would still be paying the higher rates.

There is still a possibility of some relief to the FPIs, when the parliament gives final approval to the tax proposals later this July.

Who will be affected?

There are about 9,400 foreign portfolio investors registered in India, largely from tax domiciles in the United States, Mauritius, Ireland, Luxembourg, Singapore and the United Kingdom, who have invested nearly $50 billion in Indian equity, debt and hybrid instrument markets.

Tax experts say 30-40% of them, registered as trusts, could be affected by the new rules.

Why FPIS register as trusts?

FPIs register as private trusts mainly to navigate cumbersome disclosure rules and other compliance questions. If structured as a corporate fund, they may have to pay a minimum alternate tax of 18.5%. In a trust structure, it is easy for investors to move capital in and out of trusts without paying high taxes, said an auditor at an international tax consultancy.

What is likely to increase in a tax burden?

The FPIs registered as trusts will be taxed as AoPs at the new rates. Though they will continue to be charged at the basic tax rate of 15% and 10% on short term and long term capital gains in financial markets, the increase in the overall income tax rates mean their tax bills will go up substantially.

For corporate funds, there is no change in the tax burden on long term or short term capital gains.

Amit Maheshwari, partner at Ashok Maheshwari & Associates, said many countries don’t tax foreign investors on capital gains from listed securities and there is no discrimination against trusts.

“From an investment perspective India could become uncompetitive and expensive,” he said.

Tax consultants with overseas investors said the majority of investors are unlikely to withdraw their current investments particularly in the debt market though they would continue to lobby for withdrawal of tax rules.

Future investments in India could depend not only on tax rates but on corporate earnings and the fundamentals of the Indian economy compared with other countries.

Large number of FPIs may continue to use trusts and pay higher tax, tax experts said, as their promoters find the structure convenient and always have the option to shift to other markets.

The proposed rules could hit India’s plans to raise $10-$15 billion through overseas sovereign bonds and its attempts to attract more foreign investment in equities and debt, as many investors may feel reluctant to invest due to uncertainty over tax rates in India.

Government officials have suggested that they could tax interest payments on sovereign bonds under current rules. However, the details are still not public.

The government on Sunday said it has collected ₹1.05 lakh crore as Goods and Services Tax (GST) revenue in February, up by 8% over the same month last year. However, the collection in February was lower than the ₹1.10 lakh crore collected in January 2020. “The gross GST revenue collected in the month of February, […]

The Reserve Bank of India said on Thursday said it will infuse ₹12,500 crore into the financial system through bond purchases on June 20. The decision has taken based on a review of the evolving liquidity conditions and assessment of the durable liquidity needs going forward, the central bank said in a statement. The purchase […]

As business activities resumed on Monday after a nationwide lockdown, the Finance Ministry has swung into action to ensure credit flow to companies and prescribed a specific time frame for banks within which a loan needs to be disbursed. In a communication to State-run banks, the government said the move is aimed at ensuring credit […]