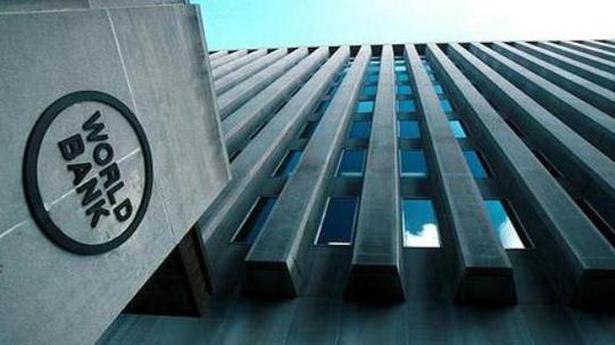 After a broad-based deceleration in the initial quarters of this fiscal year, India’s growth rate is projected to fall to 6%, the World Bank said on Sunday.

However, the bank in its latest edition of the South Asia Economic Focus said the country was expected to gradually recover to 6.9% in 2021 and 7.2% in 2022 as it assumed that the monetary stance would remain accommodative, given benign price dynamics.

The report, which has been released ahead of the annual meeting of the World Bank with the International Monetary Fund, noted India’s economic growth decelerated for the second consecutive year.

While industrial output growth increased to 6.9% due to a pick-up in manufacturing and construction activities, the growth in agriculture and the services sector moderated to 2.9% and 7.5%, respectively.

In the first quarter of 2019-20, the economy experienced a significant and broad-based growth deceleration with a sharp decline in private consumption on the demand side and the weakening of growth in both industry and services on the supply side, the report said.

Reflecting on the below-trend economic momentum and persistently low food prices, the headline inflation averaged 3.4% in 2018-19 and remained well below the RBI’s mid-range target of 4% in the first half of 2019-2020. This allowed the RBI to ease monetary policy via a cumulative 135 basis point cut in the repo rate since January 2019 and shift the policy stance from neutral to accommodative , it said.

The World Bank report also noted that the current account deficit had widened to 2.1% of the GDP in 2018-19 from 1.8% a year before, mostly reflecting a deteriorating trade balance.

On the financing side, significant capital outflows in the first half of the current year were followed by a sharp reversal from October 2018 onwards and a build-up of international reserves to $411.9 billion at the end of the fiscal year.

Likewise, while the rupee initially lost ground against the Dollar (12.1% depreciation between March and October 2018), it appreciated by about seven per cent up to March 2019, the report said.

The report, however, said disruptions brought about by the introduction of the GST and demonetisation, combined with the stress in the rural economy and a high youth unemployment rate in urban areas may have heightened the risks for the poorest households.

The significant slowdown in the first quarter of the fiscal year and high frequency indicators, thereafter, suggested that the output growth would not exceed 6% for the full fiscal year, the bank said.

The report said the consumption was likely to remain depressed due to slow growth in rural income, domestic demand (as reflected in a sharp drop in sales of automobiles) and credit from non-banking financial companies (NBFCs).

However, the investment would benefit from the recent cut in effective corporate tax rate for domestic companies in the medium term, but also will continue to reflect financial sector weaknesses, the report said.

“Growth is expected to gradually recover to 6.9% in 2020-21 and 7.2% in 2021-22 as the cycle bottoms-out, rural demand benefits from effects of income support schemes, investment responds to tax incentives and credit growth resumes. However, exports growth is expected to remain modest, as trade wars and slow global growth depresses external demand,” the report said.

The main policy challenge for India is to address the sources of softening private consumption and the structural factors behind weak investment, the bank said.

“This will require restoring the health of the financial sector through reforms of public sector banks’ governance and a gradual strengthening of the regulatory framework for NBFCs, while ensuring that solvent NBFCs retain access to adequate liquidity.”

“It will also require efforts to contain fiscal slippages, as higher-than-expected public borrowings could put upward pressure on interest rates and potentially crowd-out the private sector,” it said.

According to the bank, the main sources of risk included external shocks that result in tighter global financing conditions, and new NBFC defaults triggering a fresh round of financial sector stress.

To mitigate these risks, the authorities would need to ensure that there was adequate liquidity in the financial system while strengthening the regulatory framework for the NBFCs, the bank added.

A forensic audit report of IL&FS has found serious lapses in the manner in which huge loans were extended to certain entities even after internal risk assessment clearly showed that the borrowers were under financial stress. Further, various instances have been found wherein the committee of directors of the infrastructure financing company extended loans at […]

Bank credit growth may have bottomed out at 6%: Crisil

Credit growth of commercial banks may have bottomed out, which is expected to be 6% this financial year and in 2020-21, the growth could improve to 8-9%, rating agency Crisil said. “The prolonged slowdown in bank lending may be bottoming out this fiscal, with gross credit offtake set to rise 8-9% on-year in fiscal 2021, […]