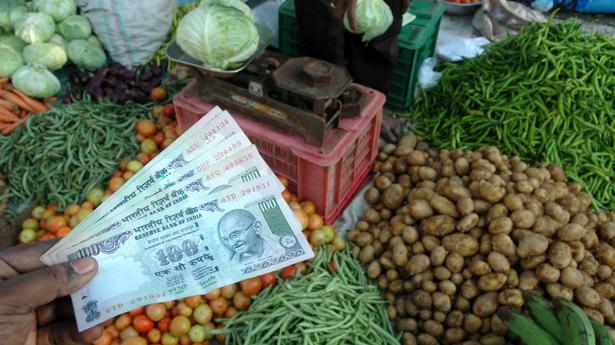 Wholesale price-based inflation declined for the second consecutive month to its 23-month low of 2.02% in June, helped by decline in prices of vegetables as well as fuel and power items, according to official data released on Monday.

Inflation in food articles basket eased marginally to 6.98% in June, from 6.99% in May.

However, onion prices continued the rising trend with inflation at 16.63% during the month, as against 15.89% in May.

WPI inflation data for April has been revised upwards to 3.24% from provisional 3.07%.

Data released earlier this week showed that retail inflation spiked to a six-month high of 3.18% in June, on costlier food items.

The Reserve Bank, which mainly factors in retail inflation for monetary policy decision, on June 6, lowered its benchmark lending rate to nearly a nine-year low of 5.75%, even as it upped its inflation projection to 3-3.1% for the first half of 2019-20.

The Finance Ministry has declined to share Swiss bank accounts details of Indians saying it is covered under “confidentiality provisions” of a tax treaty signed between India and Switzerland. In reply to an RTI query, the ministry also refused to disclose the details of black money received from other foreign countries. “Information exchanged under such […]

Equity benchmark indices touched new record highs on Tuesday before investors booked profit, thereby leading to the benchmarks ending the day in the red even as market participants expect further upside if the election results are in line with the exit polls. The 30-share Sensex touched a new high of 39,571.73 — 219 points higher […]