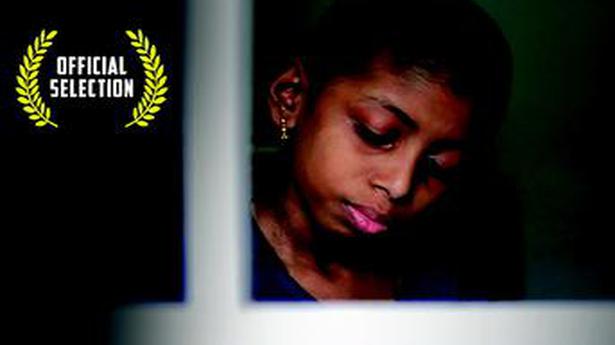 The story of a ten-year-old girl in Kerala, who rushed to a newspaper office last year to contribute her savings to the relief effort after the devastating floods in August though she was herself in considerable distress from an illness, made headlines across the world.

The story of young Shadia is now the subject of a 40-minute documentary — The Great Silence, scripted and directed by K.B. Selvamony.

Through the story of the gritty youngster from Pookatupadi near Aluva, and her fight to live, the documentary draws attention to the emotional impact of the 2018 floods on people and the astonishing depth of the compassion displayed by individuals, notably children, during the hour of crisis.

“We tend to think of gravely ill patients or people who are suffering as ‘shrunk,’ that they have somehow lost the capacity to love. But here was a girl, who had undergone multiple chemos, rushing to a newspaper office with her piggybank,” said Mr. Selvamony, an assistant professor in Malayalam Literature at the University College in Thiruvananthapuram.

“It was precisely that element of empathy that I wanted to capture in this work,” he said.

Narrated by Shadia in the form of a letter to a friend, the documentary features footage on the floods and the determined rescue effort that followed.

Also included are interviews with flood victims, police officers and press photographers who witnessed the devastation and misery first-hand.

In one of the interviews, V.S. Vishnukumar, a Sub-Inspector posted at Thodupuzha, narrates how the rescue team recovered the corpses of two children, swathed in a blanket and a mosquito net, from a landslip site.

“They were the same age as my daughter,” he tells the interviewer, reliving the moment of tragedy.

The documentary touches upon the significant role played by children from Kerala in the aftermath of the floods. Apart from contributing to the relief effort, many children collected text books and study material for those in the flood-affected districts.

Produced by Lesli under the banner of Les Movies, The Great Silence is the third documentary by Selvamony.

The Great Silence has been selected for the Malayalam non-competition section of the 12th International Documentary and Short Film Festival of Kerala which begins in Thiruvananthapuram on June 21.

Glance at Sudheer Babu’s Twitter handle these days and you will notice his workout videos and an array of weapons on display. His director Mohana Krishna Indraganti says the actor has always been working out and has been fit but for his new film titled V, Sudheer is playing a police officer for which he […]

Where cinematographer Girish Gangadharan breaks down five scenes from ‘Jallikattu’

Spoilers ahead… A buffalo escapes from a slaughterhouse and goes amok in a village, where the men chasing it are far more dangerous than the animal. In trying to tame the beast, its filmmaker Lijo Jose Pellissery has unleashed a beast through his latest work Jallikattu, based on S Hareesh’s short story Maoist. The movie […]

When violinist Dr. N. Rajam began playing raag Bageshri Kanada at Bandra’s Balgandharva Rangmandir last week, there was pin-drop silence. For the next 45 minutes, the audience heard her with studied concentration, occasionally uttering a ‘wah’ and clapping after tabla exponent Yogesh Samsi’s passages. Next, a short Banarasi thumri in Khamaj was followed by a […]