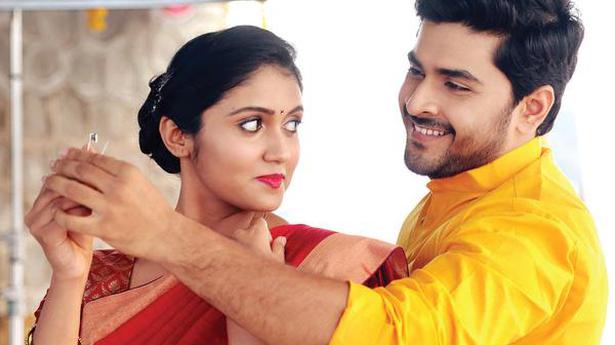 The singular complaint I had about the Marathi film, Naal’s soundtrack last year was that it had just two songs, of which only one was A.V. Prafullachandra’s ‘Jau De Na Va’. Happily, Prafullachandra’s six-number soundtrack for Kaagar more than makes up for that quibble.

Like ‘Jau De Na Va’, Kaagar’s ‘Lagliya Godi Tujhi’ — is a similarly delightful and whimsical soundscape that combines folk elements from multiple cultures. Shashaa Tirupati and Harshavardhan Wavare navigate the capricious tune in a splendid fashion, closing the song quite fittingly with a short ad-libbed segment. Interestingly, the song’s title appears exactly once, nearly at the end of the second verse.

The song, ‘Gondan Pirmach’ starts off slow; with an extended prelude of sorts from Rucha Bondre, before Jasraj Joshi (one part of the trio that delivered one of the best soundtracks of the year in Anandi Gopal) takes over and things get more fervid. Once again the arrangement is brilliant, going for a staccato-like use of percussion rather than a full-blown intense sound, even though the song’s tone suggests that. Joshi hands the baton back to Bondre briefly for a mellow bit towards the end before closing the song on an anthemic note. The mellow opening for the motivational ‘Tula Futu De Kaagar’ that leads up to a sprawling, spirited central segment is reminiscent in treatment to the previous number. The delivery by Amruta Subhash and Manish Rajgire is noteworthy, and Sandeep Mishra’s sarangi is used well through the song.

Jazim Sharma — who was last heard in the wonderful Manmarziyaan — joins Amaan Khan for the album’s Hindi song, a filmi qawwali titled ‘Shah-e-Makhdum Ali Vali’. It’s rather conventional by the standards on display thus far, but an engaging affair on its own, particularly helped by the quality of singing. ‘Nagin Dance’ is an intriguing piece with quirky lines from Vaibhav Deshmukh set to a snake-charmer style tune and a pulsating backdrop of Marathi folk beats infused with electronic elements — the end result is thoroughly engaging. Adarsh Shinde and Prawin Kumar handle the vocals commendably on this one. There’s something about the folksy setting in the number ‘Darval Mavhacha’ and the general mood takes me back at times to Rahman’s underrated ‘Rasiya’ from Mangal Pandey. The orchestration is once again a brilliantly eclectic mix of strings and percussion, and leading the vocals in equally spectacular fashion is Kavita Ram, supported ably by Vivek Naik, Rahul Chitnis and Santosh Bote.

Spy in the Snow Run time: 46 minutes In the land of ice and snow as the sea otters gambol in Alaska there is one otter gazing unblinkingly at its peers. As the camera zooms in on the unblinking eye, you realise it is a spy creature — a camera hidden in a robot otter. […]

Sitting cross-legged on the floor, Margi Raveendran Nair’s hands are rock steady as he carefully draws thin white stripes on a black background. Eyebrows furrowed and lips pursed, he is a picture of concentration as each white line is added to complete the chutti (make-up) of Sadanam Vishnuprasad playing the role of the villainous Nivathakavachan […]