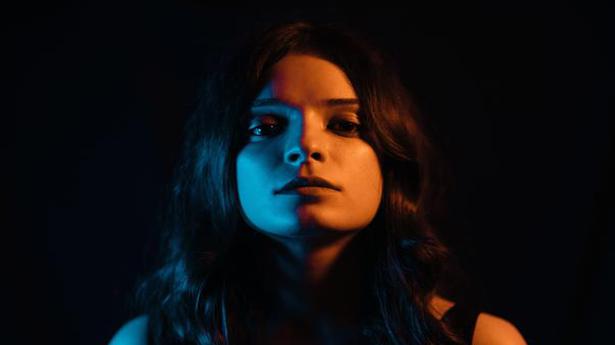 In her music so far and her general persona, Chennai-bred, Mumbai-based singer-songwriter Mali aka Maalavika Manoj has been open hearted, but mostly in a style that is typical of the genre. There is wistfulness, love songs and other matters close to the heart, being sung about with easygoing arrangements on her debut EP Rush as well as her 2018 single ‘Play’.

But on her latest song ‘Mango Showers’, Mali explores a murkier side of the music industry, picking metaphors and visual cues deftly for her music video as well. About three years ago, the song’s initial idea and melodies were put into place by Mali, who is also an established voice in the Tamil film music world. She says, “I wrote it in about less than two hours, but that was about two or three years ago. It was a quick momentary spasm of ideas and I had a song. I didn’t think of it as a serious thing, but more as a cautionary tale about a certain person I met.”

The lyrics weave in a story of entrapment and helplessness that artists meet when they are swayed by false promises. The singer-songwriter says in a statement released with the song, which was out on August 5: “The song was written as a premonition that someone would eventually fall prey to his (a big-talking record label owner) demands and would be trapped in a deal they should have never signed.”

In addition to featuring members of Mali’s live band, like Jehangir Jehangir on drums, Stuart DaCosta on bass and Tejas Menon on guitars, ‘Mango Showers’ features Ajay Jayanthi on violin. She says, “We played it as a band a few times, but that version was different — it wasn’t as dark as this one.” She says the song’s producer Rohan Ramanna wanted to make it work, so they ‘reharmonized’ the chords and got Ajay Jayanthi on violin. “There were parts where he would play something and we would refine our ideas accordingly,” Mali adds.

The song was produced by Ramanna at his Island City Studios in Mumbai, with a slick video directed by Mosambi Juice Production’s Jishnu Guha and filmed by Krish Makhija. In it, Mali moves with dancer-choreographers Arathi Divanji, Sasha Shetty and Alisha Lazarus who all don masks and enact the feelings of temptation that the artist finally succumbs to.

Mali will head out on a seven-city Monsoon Tour with Pune-based guitarist-vocalist Uddipan Sarmah of post-rock band Aswekeepsearching, kicking off in Bengaluru on August 16 at The Courtyard. It is an intimate setting featuring a solo set from Mali. “The only way I could play the song the way it has been recorded is if I have a full orchestra and three string players and a bunch of people on stage. Now it is just a matter of reinventing and re-imagining how the song would sound if just I played it.”

BlueTree presents Mali and Uddipan at The Courtyard, Shantinagar, on August 16. Tickets: ₹499, available on insider.in

‘In OTT, I am your prisoner’