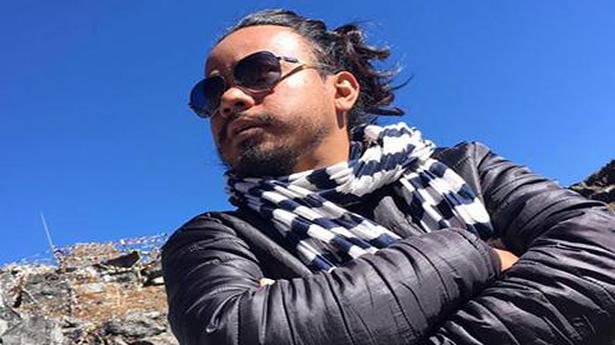 A film project from Meghalaya, chosen for a promotion platform in France, has found a Chinese producer.

The synopsis of Dominic Sangma’s feature film Rapture is one of 10 projects selected globally for La Fabirique Cinéma 2019, which is organised by the Institut Français for this year’s Festival de Cannes.

The 31-year-old Mr. Sangma is the first professional film-maker from Meghalaya’s Garo Hills.

His first feature film, Ma.Ama, has been doing the festival rounds and was the only Indian title to be selected for the international competition section at the Mumbai Film Festival last year.

‘Ma.Ama’ roughly translates into “moan”. But the word, when split into two, means mother and longing.

“La Fabirique Cinéma is not a festival of films. It is a platform where directors interact with producers and funders. There are many aspects involving a film before it is made, and this festival invests in projects that it considers the best in the world,” Mr Sangma told The Hindu.

The festival is scheduled from May 14-25.

Mr. Sangma said Rapture revolves around the disappearance of a few people from a village in Meghalaya and how people react to it.

Extremism in the Garo Hills, comprising the western half of Meghalaya, since the early 2000s has been marked by abductions for ransom. A few never returned, but Mr. Sangma did not disclose if his film would factor extremism in.

Rapture, however, found a producer in the Beijing-based Xu Jianshang before it was selected for the Cannes event.

“A few years ago, my diploma film was chosen for a contest during a film festival at Beijing Film Academy. She was a student there and liked my film. She was interested in putting money in my next project if it had good content,” Mr Sangma said.

Ms. Xu was impressed by the script of the film.

Sonam Kapoor on Twitter: My privilege is not an insult

The ‘Neerja’ actor said that though she acknowledges her privilege as a star child, her identity is a matter of pride for her Source Related

At Untangle, a gym for your brain

On a refreshingly cool Saturday evening, when the rest of Chennai was probably out enjoying the weather or catching a movie, I found myself hunched over a table, trying to assemble a triangle out of three disjointed pieces of wood. A young man at the adjacent table is enjoying a plate of nachos, revelling in […]

‘It’s about people who have a sense of desperation’

Sudip Sharma on the state of journalism, creative collaborations and the shift to making a limited OTT series Source Related