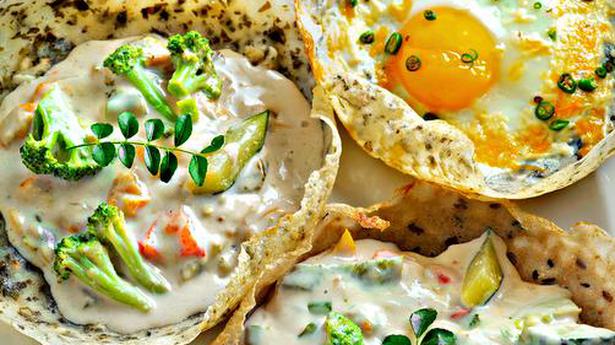 When rattling off a list of ingredients that he had carried to Mumbai from Sri Lanka, chef Gayan Tharanga Hettiarachchi ended by saying, “…and some Sri Lankan elephant.” The misunderstanding was rapidly cleared up, when I tentatively asked, “elephant meat?”. Hettiarachchi, a native of the emerald island clarified that the aforementioned pachyderms were for display and to add local colour during the ongoing ten-day food festival at Sofitel Mumbai BKC’s Pondichery Café. As a chef at Mövenpick Hotel Colombo, Hettiarachchi is used to cooking for Indian travellers and was looking forward to learning some local techniques.

It’s an excitement that seems to be mirrored by the large number of Indians who have discovered the emerald isle in the last couple of years, making frequent trips to explore its varied topography. As a result, Sri Lankan cuisine — already similar to south Indian cooking — is being introduced by local chefs and now, in a spate of pop-ups in the city. Also in town this weekend is Chef Amila Shirantha, from Galle’s boutique hotel, The Owl and the Pussycat, who will be plating dinner and teaching a workshop at Magazine Street Kitchen.

Hettiarachchi and Shirantha aren’t the first Sri Lankan chefs to bring the island’s most famous export, hoppers, to Mumbai though. Hoppers (or as we know them appams) are loved for crunchy, lace-like edges and their central fillings — which can range from a simple fried egg to curries. Hoppumm, was started by siblings Sahil and Jay Wadhwa and chef Lakshit Shetty first as a pop-up at events like the Stylecracker Borough, before opening their own space in Bandra in November 2018. “[We saw] the need of not wanting to do South Indian but trying to do stuff which was similar in terms of flavour. And something that people could find comfort with is what took us to Sri Lanka,” explains Sahil. It’s exactly this notion of familiarity and comfort that makes restaurateurs excited about introducing distinctive Lankan flavours.

For the weekend pop-up, Shirantha will be serving curries, Jaffna lamb and even kithul — the much-loved smoky palm syrup that you’ll often find carried back in the luggage of frequent travellers. Hettiarachchi’s list of ingredients includes some that are used to whip up the island’s legendary sweets, aasmi and watalappam (coconut custard pudding). Among other equipment and food goodies, he’s carried include hopper makers, pandan leaves and Lankan pepper. When asked if the recipes have been tweaked he simply states,” Our people like the curry flavour, and lots of spicy food,” all of which appeals to the Indian stomach too.

Hettiarachchi’s spread for Mumbaikars includes a mutton red curry that makes use of pandan leaves, but otherwise features ingredients like bay leaves, cardamom etc all of which are familiar to the local palate. Also on offer is a tart green mango curry, cutlets and local drinks like ranawara, an herbal tea made with dried bael (Bengal quince) flowers. Shirantha’s meal is more like a family-style dinner and will showcase banana blossom salad, Jaffna lamb, assorted sambols and prawns simmered in coconut broth among other options. The next day, eager home cooks can learn how to make hoppers, pol roti (the breakfast staple that includes coconut) and kiri bhaat with curry among others.

Gauri Devidayal, co-founder Magazine Street Kitchen and The Table says, “Sri Lankan food is delicious and it’s not widely available in the city, that’s why we decided to host this.” Her thought is echoed by Sahil, who says after his first trip to Sri Lanka, “[Just] knowing that three of us complete foodies were flipping out on the food, convinced us [to launch an eatery].”

The Sri Lankan pop-up is ongoing at Pondichery Café until March 10, for both lunch and dinner; For details on Magazine Street Kitchen’s dinner on March 9 and the cooking workshop on March 10 see insider.in.

‘Nerkonda Paarvai’ is as much a ‘Thala’ Ajith movie as it is about us, says Shraddha Srinath

It’s surprising that Shraddha Srinath hasn’t watched Pink yet. She hadn’t had a chance to watch it when the movie released in 2016. That, sort of, helped for playing Meera Krishnan in its Tamil remake Nerkonda Paarvai, releasing on August 8. “I didn’t even try watching Pink when I got the part in Tamil, although […]

Magician Nikhil Raj will hold an online course for children on April 11, 12

Raising a wannabe Houdini but don’t know where to start their training? Well, Bengaluru-based magician Nikhil Raj is set to teach magic to children aged six to 11 under the Institute of Magic and Allied Arts’ Junior Magic Course. The two-day online course, beginning April 11, will be held on Zoom. It costs ₹600 and […]

Half a century ago Delhi was a serene laid-back place and not the bulging metropolis it is today. Since avenues for entertainment were few, people walked down to monuments to catch a breeze or would host picnic parties with family in large Mughal gardens. Engaging with heritage Raghu Rai, a strapping photo journalist in his […]