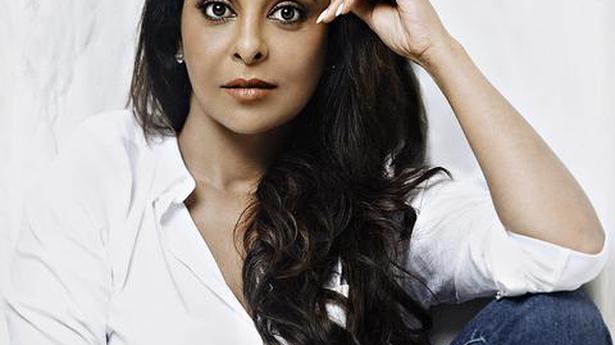 Shefali Shah’s 20-year-long career stands out for its staggering variety of roles. Shah dancing in ‘Sapne Mein Milti Hai’ in her seven-minute role in Satya (1998), as Ria Verma in Monsoon Wedding (2001) which included a stunning scene between thespian Naseeruddin Shah and her, in which she held her own. In 2015, her turn as Neelam Mehra, a wealthy industrialist’s wife in Dil Dhadakne Do (2015) was replete with poignant moments. Two years ago, she played a determined housewife in the short film Juice (2017) and most recently as DCP Vartika Chaturvedi heading the most important criminal investigation in contemporary times in Delhi Crime (2019). “If I wasn’t an actor, I would probably have a multiple personality disorder. I don’t look at it as acting. I’m not very good at the craft of it. I am just good at becoming the person. I go by my instinct. When I’m creating [the character], I’m living a different life. It gives me a tremendous high,” confessed the actor in a candid chat with The Hindu.

It takes about a single episode to get hooked to the narrative in the Netflix’s show, Delhi Crime. Based on the Delhi gang rape in 2012 – the most endearing image of the show for viewers will remain Shah’s stoic expression on hearing the treating doctor’s description of the victim’s condition. “The biggest [take about] I got about Vartika from the script, from Chhaya ma’am [Sharma, on whom her character is based] and my instinct was this is a person who shuts down emotionally when there is a crisis because she cannot afford to crack. All her anger was all channelised towards a single-minded focus on getting these guys. When she’s on the field, she has no patience for anything else. She just has to get the job done,” the actor explained.

Describing the feeling when Delhi Crime released last month, Shah said, “It was just like finally letting [Vartika] go. It doesn’t belong to me anymore. I was talking to Richie – it’s a strange feeling of cutting that umbilical cord – now it out there for the world to see.” This zen-like attitude extends to the time she is on set as well. “I am at my happiest in the creative process when I’m creating it, shooting it, working on the script. Even right now, all the love and appreciation coming my way, it’s really overwhelming but the kick I got while making it, that was my reward,” shared Shah. “Even if I’m not working on something, I’m like a student of cinema. I’m watching films, observing things and it’s not a conscious decision that I will sit and watch people now, but things just stay with me,” said the actor. Shah firmly believes that if our sons are brought up well, our daughters will be safe. Many of her film have showcased issues like patriarchy and misogyny, and while she believes films are part of the solution, real change requires more. “I’ve put it into my sons’ heads that if you ever mess with a girl, you’re going to have to first deal with me and I’m not going to go easy on you. So don’t you dare do it.”

Ajith in ‘Nerkonda Paarvai’ to Vijay in ‘Thalapathy 64’: Why stars eye young filmmakers?

Fans of Kollywood’s mightiest heroes — Ajith Kumar and Vijay — may be at loggerheads on social media, but the stars themselves have something in common: picking up-and-coming filmmakers. This year has ushered a refreshing development in Tamil cinema. Two of its stars are making an effort to break out of their comfort zones, perhaps […]

We have been living in the golden age of television for so long now that it feels like a reiteration to say so, but still 2020 comes our way with a dazzling array of riches that it’s hard not to feel overwhelmed. Last year brought about the end of some long-running TV staples such as […]