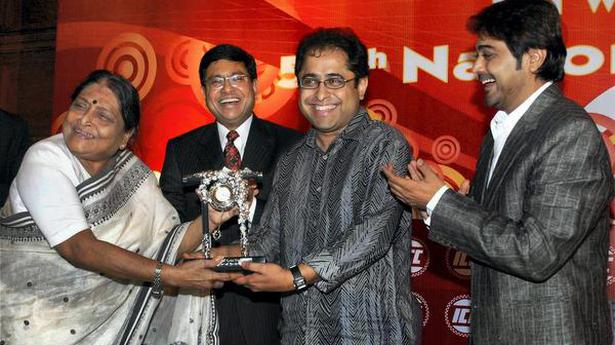 Ruma, the first wife of actor-singer Kishore Kumar, passed away at her Ballygunge Place residence in the city. She was suffering from age-related ailments.

She is survived by two sons and a daughter.

“She passed away in her sleep early this morning. Our family doctor confirmed it. The timing of her death could be between 6 and 6.15 a.m.,” said Ayan Guha Thakurta, her son from her second marriage.

“Dada (Amit) is coming here this evening. He will be taking all the decisions (about her last rites),” Ayan said.

She had returned to Kolkata only a month ago after staying with Amit Kumar in Mumbai for three months.

Her last rites will be performed with State honours and a gun salute, West Bengal Chief Minister Mamata Banerjee said after visiting her residence.

“As per the wishes of the family, her body will be kept here at her home for admirers to come and pay their last respect,” Ms. Banerjee said.

She started her career as a dancer before moving to the then Bombay where she married singer Kishore Kumar in the early 1950s but they got divorced in 1958.

“Jwar Bhata” will be remembered for being the debut of both Ruma and acting legend Dilip Kumar. Her other Hindi films were Mashaal, Afsar, Raag Rang and Paar.

As a playback singer, she lent her voice to a number of films ranging from Lukochuri in 1958 to Amrita Kumbher Sandhane in 1982.

Ruma founded the Calcutta Youth Choir, a song and dance troupe, in 1958, which is known for its performance of folk and mass songs.

Before visiting the Guha Thakurta residence, the chief minister in a tweet expressed her grief over the passing away of Ruma.

“Saddened at the passing away of Ruma Guha Thakurta. Her contribution to the field of cinema and music will always be remembered. My condolences to her family and her admirers,” the CM wrote on her Twitter handle.

Eye on the tiger

In the middle of the interview, N Senthil Kumaran’s phone beeps a notification and his eyes light up. “Three tigers and 17 cubs have been spotted roaming near Kabini’s tourist area,” he tells me, barely able to contain his excitement. The information came from a WhatsApp group — Indian wildlife explorers — that has 300 […]

Despite the final season of Game of Thrones coming in for criticism from fans for its character arcs and ending, the HBO show today bagged the most awards at the 2019 Creative Arts Emmys. Considered the technical equivalent of the main Primetime Emmy Awards event that is scheduled to be held on September 22 in […]

Lyca Productions, the makers of recently-released Tamil film Mafia: Chapter 1 starring the likes of Arun Vijay, Prasanna and Priya Bhavani Shankar, find themselves in the middle of a heated controversy as it has emerged that the film used mug-shot photos of five of the eight men murdered by Canadian serial killer Bruce McArthur, in […]