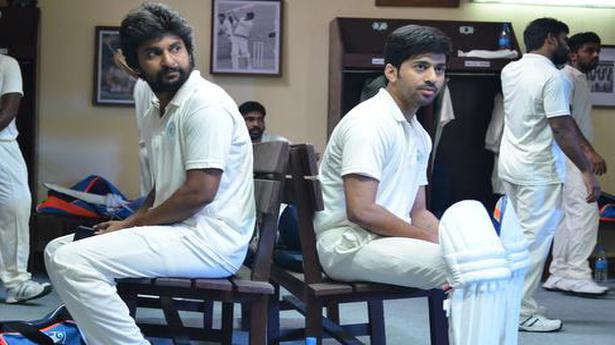 Jersey is the talk of the town right now. Not only have all segments of the audience given the film a thumbs up, but everything and everyone connected with it is being appreciated.

Viswant who played a cameo role as Nandan Reddy, a cricketer with a slightly grey shade, also made his presence felt. “The impact was good It had a perfect round up as the story progressed,” he says. In the film, unable to digest Arjun’s (played by Nani) prowess on the field, Nandan turns a spoilsport.

Viswant was earlier seen in an important role in director Chandrasekhar Yeleti’s Manamantha. The film got critical appreciation but Viswant did not take up another film in a hurry after that. Another film of his Crazy Crazy Feeling tanked at the box office. He shares, “After the success of Manamantha, I heard many stories but did not like them. I thought I should wait for something that people would talk about for a long time. My instinct proved to be right with Jersey. Director Gautam Tinnanuri is one of the brilliant directors we have in the Telugu film industry. He is young and chilled out, but once he is in the director’s chair, he is a different person altogether. He knows exactly what he wants. He narrated the entire story and told me he wanted me as Nandu. I might have less than ten scenes but I worked for more than 30 days.”

Talking about the authenticity of the film, Viswant reveals, “It was about cricket and we didn’t want to look fake; wearing a Ranji Trophy jersey is a big thing.” He was coached by a person from the Daniel Cricket Academy for his role. He says that usually after a shot, actors look to the director to ask if it is okay, but here they would look at the coach for approval. Director Gautam apparently has only theoretical knowledge of cricket, he informs.

Viswant’s next movie is Tolubommalata co-starring Rajendra Prasad which deals with a grandfather-grandson relationship. After that he will be wrapping up a Telugu film titled Kadal, directed by Kalyan Gogana; it’s a love story based in Kakinada, and set in 2004.

Here’s why Jiiva wanted a cow!

Jiiva has had a relatively quiet last two years with only two of his films seeing the light. For a while, it seemed like all the Neethaane En Ponvasantham star did was work, with little to show for it. “I’m thinking of turning into a character artiste. I’m jealous of them, and comedians. Most of […]

‘Enai Noki Paayum Thota’ gets yet another release date

For a streaming service that boasted a diverse library, progressive technology and high-end productions, Netflix’s parental control features were lax at best, and many parent-members the world over were not happy. But if your kids have logged into Netflix after 10:30 pm on April 7 you may notice that the streaming giant has globally updated […]