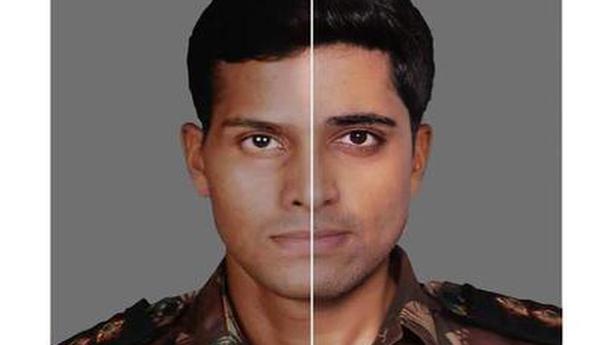 November 27 marks the death anniversary of Major Sandeep Unnikrishnan, a martyr of the 26/11 attacks of 2008. Major, the Hindi-Telugu bilingual film that’s inspired by his life, is in the making, directed by Sashi Kiran Tikka and headlined by Adivi Sesh. As a mark of honour to Major Sandeep, the film’s team has released a video titled ‘Major: Beginnings’ to give an idea of how the project took shape.

In the video, Sesh recalls being intrigued when he first saw Major Sandeep’s photograph in 2008: “He impacted my life from the first moment I saw his photograph,” says Sesh, observing that the Major had “some sort of madness of spirit in his eyes and a smile.” The actor felt that the Major could be one of his family members, perhaps an older cousin. The actor shares an anecdote he gathered from Major Sandeep’s parents about his now-iconic photograph.

The actor admits that the Major’s father was sceptical, even cynical, when they approached him seeking permission to make a film inspired by their son. It took four or five meetings to gain meagre confidence. Only when the parents were convinced that the team truly intended to celebrate their son’s life, did they give their consent.

Ten years of research went into writing the film which is now being filmed. Major is co-produced by Sony Pictures Films India in collaboration with Mahesh Babu’s GMB Entertainment and A+S Movies. Sobhita Dhulipala and Saiee Manjrekar also star in the film.

Major’s first look will be unveiled on December 17. Before that, check out the special moment at the end of ‘Major: Beginnings’ video, to see Adivi Sesh’s look test as Major Sandeep.

The music of the movies

His origin story has already been told so many times that it seems to acquire a fresh coat of paint with every retelling — perhaps this is the final confirmation that 36-year-old Indonesian martial arts virtuoso Iko Uwais is now an international superstar, a bona fide blue-chip Hollywood commodity. Over a decade ago, a few […]