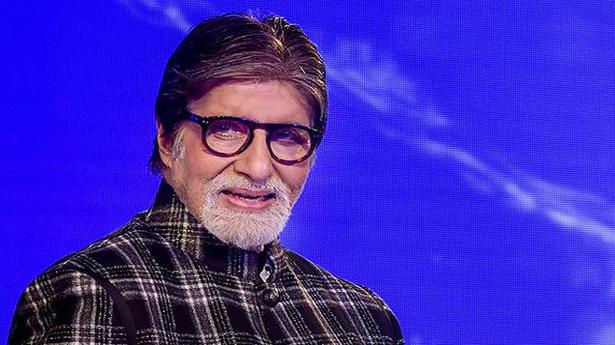 Bollywood superstar Amitabh Bachchan took to his blog in the wee hours of Saturday to inform his fans that he is hale and hearty and criticised the rumours surrounding his health. Bachchan, who was discharged from Nanavati Hospital on Friday night after a routine check-up, said ailments and medical conditions are “confidential individual rights” and should not be exploited for commercial gains.

“Do not break the code of professional documentation. Ailments and medical conditions are a confidential individual right. Its exploitation, and its attempted commerce are a social illegality… Respect and give required understanding to this. All is not in the world of sale,” Bachchan wrote.

Reports of the veteran, who turned 77 on October 11, suffering from a liver problem were doing the rounds since earlier this week.

However, the hospital sources had told PTI, “He came to the hospital for a routine check-up. He is doing fine. He is hale and hearty“.

The actor also thanked his fans and well-wishers for their concerns and prayers.

“Prayers, concern and the love of them that stand by you, are elements of immense construct. They believe so you believe. They present folded appeal, and the reciprocation be of equal strength. They are real, they are constant, they are the energy often questioned,” he added.

On the work front, Bachchan is currently hosting Kaun Banega Crorepati and has already shot a few episodes in advance. He has four films in his kitty: Gulabo Sitabo, Brahmastra, Chehre and Jhund.

One of India’s well known hip-hop stars, Divine, and members of Gully Gang have come up with a Hindi-Punjabi music video titled ‘Nahi Pata’. Through the song that was unveiled on Mass Appeal India’s YouTube channel, they urge the need for human emotional connections and at least do #OneGoodDeed. Divine, whose real name is Vivian […]

When composer Matt Morton was awarded a Critics’ Choice Documentary Award for Best Score for his work on documentary Apollo 11, ‘ecstatic’ is hardly the word to cover his multi-emotional response. The award was merely the cherry on top; he considers the real prize to be using the rare Moog Synthesiser IIIc. Apollo 11 is […]

The Madras Players’ Trinity, is set to tour the US and Canada

One of the stalwarts of the Carnatic music universe, Muthuswami Dikshitar, used to travel from kshetram to kshetram with his band of disciples and composed songs impromptu. Which is why many of his songs talk extensively of temple architecture, different deities, and other such observations. Nuggets of lesser known historical facts like this are what […]