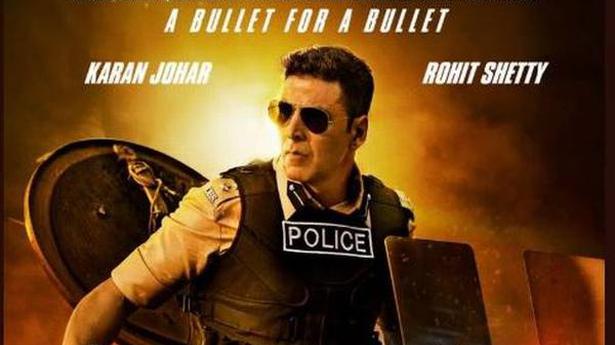 The release date of Sooryavanshi has been preponed to avoid a box office clash with Inshallah, featuring Salman Khan, the makers of the Akshay Kumar-starrer announced on Wednesday.

Inshallah and Sooryavanshi were all set to lock horns at the box office on Eid 2020 but now the Rohit Shetty directorial will arrive in theatres on March 27.

“The ultimate Khiladi and the blockbuster director are arriving on 27th March, 2020 with #Sooryavanshi! Special love to @BeingSalmanKhan!” Johar tweeted.

Salman also took to the microblogging site to confirm the news and shared his photo with Rohit.

“I always thought of him as my younger brother and today he proves it…@itsrohitshetty. ‘Sooryavanshi’ releasing on 27th March, 2020?’,” the Bharat star tweeted.

The Sanjay Leela Bhansali-directed Inshallah will see Salman paired opposite Alia Bhatt. The film will release on Eid 2020.

Why you should check out Alarté’s latest EP, ‘Living The Dream’

Two students from Madras Christian College were looking for a guitarist who could accompany them for an intra-college audition, back in 2015. They did find one — Enoch Charles. But the audition wasn’t spectacular, and neither did they hold any great ambitions for a career in music. Cut to 2020. The group has evolved into […]

Meet the 34-year-old lyricist Vivek, who, in a short span, has captured the hearts of a lot of people. He has worked with leading music composers including A R Rahman, Santhosh Narayanan, Anirudh Ravichander and Yuvan Shankar Raja. In 2018, his ‘Simtaangaran’ took social media by storm. The lawyer-turned-lyricist has several projects lined up this […]

Rounding up a not insignificant bouquet of three top-billed stage productions (out of five) based fully or partially on works by women writers at this year’s Prithvi Theatre Festival, is a new play written and directed by the prolific Faezeh Jalali. It comes at the heels of Annie Zaidi’s award-winning Untitled 1, directed by Danish […]