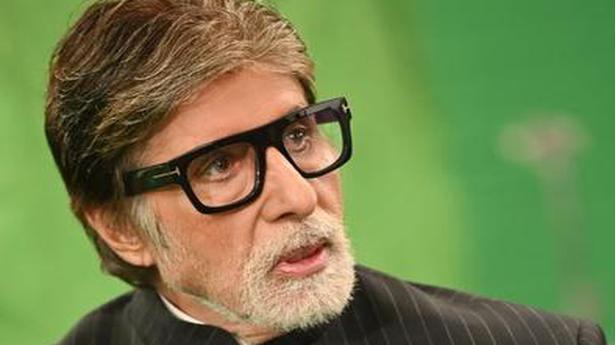 The 76-year-old cine icon took to his blog and discuss about the caste system prevalent in ancient India.

“The caste system in the land has been prevalent for centuries, followed diligently by many and now defied by many too, (it is) an ailment that has plagued our society or not by some,” he wrote.

He said that his father was a “strong opposer” of the caste system.

“Babuji was born in a Kayasth home and a Srivastav. But his temperament was always against the ailment of caste, so his nome de plume, his ‘takhallus’, his pen name he designed as ‘BACHCHAN’. Poets and writers of great eminence often designed their names with a nom de plume. So ‘Bachchan’ became my father’s pen name, his poetic nom de plume, but it lent credence of its concept later when I was born, on being admitted to my first School, and being asked by the teachers what surname of this boy was to be filled in the admission form my Mother and father had a quick discussion and it was decided that ‘Bachchan’ would be the family surname,” he wrote.

The actor said he became the first bearer of the surname Bachchan.

“And it has remained so and shall remain so… My Father… the Bachchan (and) I the proud bearer of this surname,” he wrote.

Along with the first looks and poster of the Jayalalithaa biopic, a teaser of Thalaivi as well has been released. The clip begins with Kangana Ranaut channeling JJ the actor, shooting for her 1960s film Vennira Aadai that was directed by C.V. Sridhar and starred Sreekanth, Nirmala and Major Sundarrajan in lead roles. Kangana looks […]

Penn veeram (women’s strength) is a trope that poet Subramania Bharathiyar often wove his beautiful prose around. The complex psyche of women has always been a point of interest to the legendary poet. So, it is not surprising that his poems are universal and reflective of current society. But how does poetry, as a medium, […]

The politics of consent

The word itself might refer to the very edges of our experiences, where ideas and notions acquire a lucid and distinctive clarity, but the play Extremities, written by William Mastrosimone and recently staged in Mumbai by director Hidayat Sami, achieves the blurring of lines that, unwittingly perhaps, appears to obfuscate the issues at hand. First […]