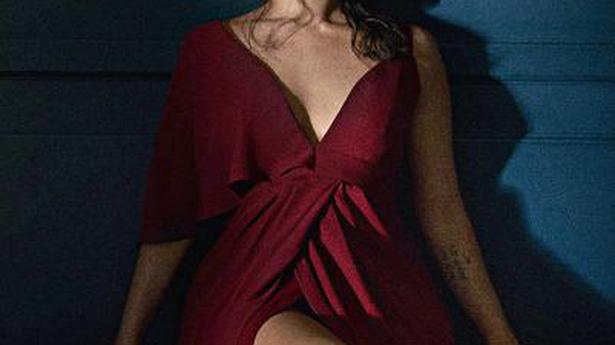 Sitar virtuoso Anoushka Shankar’s latest EP Love Letters opens with ‘Bright Eyes’, the twang of her sitar hitting a clear and sharp note. It’s a prelude to powerful lyrics sung by German singer-songwriter and producer Alev Lenz: ‘Does she feel younger than me as you’re lying in your bed…’. It’s evident that the song is an attempt at catharsis. The album was written shortly after Shankar’s divorce from filmmaker Joe Wright in 2018, whom she married in 2010. Over six songs, the 38-year-old musician heals from her pain while dealing with desire, heartbreak and loss. In an interview with The Hindu, Shankar expounds on her relationship with vulnerability, music-making and the deliberate decision to collaborate with female artistes.

How did you come to terms with laying your heart on the line for the world?

There is great strength in vulnerability, as it takes courage to push through the fear and share one’s true self with others. In music, that vulnerability really speaks to listeners as it connects with their own hearts. I find it increasingly easier as the years go by, to trust that I can be vulnerable in my music.

How would you describe your musical evolution with the release of the new EP?

On Love Letters I focused exclusively on sung music, creating a collection of songs that directly address heartbreak and its ensuing emotions in a way that instrumental music can only hint at.

I feel Love Letters has been part of a longer journey towards a very simple, international sound in which the sitar is no longer exotic or classical, but simply a tool of expression when juxtaposed with the voice and cross-genre elements.

How did you put together the female force of the album?

Initially, it was a natural process, writing songs with female musician friends I was spending time with, talking about experiences and a woman’s perspective on relationships, motherhood and music. After it started, I began to seek this out more proactively, wanting the collection of songs to feel strongly feminine. Of course there are some wonderful men involved in the project as well, namely my regular percussionist Pirashanna Thevarajah and a couple of brilliant engineers and mixing engineers. I wanted to include women on the technical side as well, and worked with female engineers and mastering engineer, and only had myself and my friend Alev Lenz as producers.

Why did you focus on lyrical music after the shift to record label Mercury KX?

On Love Letters, I focused exclusively on songs with lyrics, creating a collection of songs that directly address heartbreak and its ensuing emotions in a way that instrumental music can only hint at. Love Letters has been part of a longer journey towards a very simple, international sound in which the sitar is no longer exotic or classical, however simply a tool of expression when juxtaposed with the voice and cross-genre elements.

Can you tell us about Love Letters and the journey that it traverses through lyrics?

It’s a collection of love songs and meditations on heartbreak, loss, and rising through pain. ‘Lovable’ featuring Ibeyi was the first single I released from. It was followed by ‘Those Words’ and also ‘Bright Eyes’ and ‘In This Mouth,’ both featuring Alev Lenz. The EP also contains two further songs featuring Alev, called ‘Wallet’ and ‘Space.’ A lot of the songs on Love Letters were written whilst my marriage ended. It is not all entirely biographical. It’s more that the process of a relationship ending, inspired me to write some sad, introverted or contemplative songs, as is so common for musicians!

It’s a different layer of personal for me to be sharing music that’s been influenced so directly from my own romantic experiences. I have written from a personal place before. A lot of songs to do with my father’s passing on – ‘Traces Of You’, for example – or the experience of being pregnant, becoming a mother, on ‘Traveller’ and so on. So it’s not that I haven’t been personal before. But I’ve kept romance sort of slightly separate. And yet, this time, it just felt like, ‘No, these are huge, big, bright experiences,’ and I needed to dive into them musically as well. And it’s not to say that the songs are directly influenced at all times by my own experiences. But it was because of my experiences that I [needed] to look at this entire topic.

You took your time releasing the songs on Love Letters. Is this marketing strategy something you involve yourself with?

I’m very involved in the process of how I share my music with listeners. I wanted to drop a song at a time because of the personal nature of the songs, as it felt like more of a gentle process. It was less of a marketing strategy and more of a natural fit for this collection of songs.

Within a matter of few hours, the trailer of Porinju Mariyam Jose has topped the chart of trending Malayalam videos on YouTube. It continues to hold the number one slot, with more than six lakh views (nearly double the number of the second-placed video) at the time of filing this report. The film, helmed by […]

If there was one key indicator of the geographical spread of the Malayali diaspora across state borders, it is the slew of amateur drama competitions organised by the Thrissur-based Kerala Sangeetha Nataka Akademi — perhaps the most industrious of state cultural organisations. Apart from regional contests and the state-level competition, there are zonal rounds for […]

‘Gorilla’ review: A heist story that disappoints when it takes itself too seriously

The Government better take immediate steps to solve the farmers’ crisis in the country. If it doesn’t, chances are Tamil cinema will make a hundred more films on it, and we, the audience, will be forced to sit through them. The minute Gorilla, which positioned itself as a comical heist film, goes all serious and […]