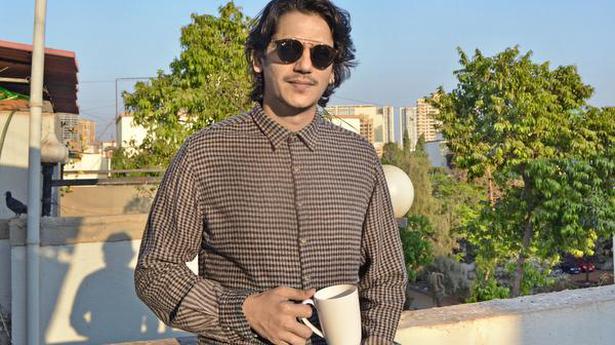 Vijay Varma found unprecedented fame eight months after he finished shooting for Gully Boy. While filmmaker Zoya Akhtar took the film to New York for editing and post-production, Varma was busy with Bamfaad, produced by Anurag Kashyap and an indie project titled, Mara. The endless pre-release promotions and tours were headlined by actors Alia Bhatt and Ranveer Singh. But it’s with Verma that the film opens – his character casually sauntering on a Colaba street dexterously breaks into a car – and the critics and audience sat up and paid attention. It wasn’t long after Varma’s performance was widely noted, that an onslaught of media descended on his Versova terrace apartment, much to the curiosity of his neighbours and pigeons.

All afternoon, Varma’s airy rooftop pad was converted into silos for video, print and online interviews. As strangers casually walked in, Varma would intermittently pause a conversation, dart off to the kitchen to get a bottle of water or check if plates of cookies needed replenishing. The actor was visibly tired and overwhelmed by sunset. We finally started our conversation, leaning against the terrace wall. “I’m not used to this kind of attention,” he said, taking a long drag from his cigarette and waving to an old man on the adjacent balcony.

Playing Moeen in Gully Boy has undoubtedly changed Varma’s life. “There’s so much social media love right now that I’m completely lost,” he shared. The Hyderabad-born actor is pleasantly surprised to see his social media posts gaining traction, almost overnight. Although, he did anticipate the good times as soon as he saw the film before its release. “The seeti maar [whistling] audience in me was very happy,” he grinned. He was aware that the film would open with him but he wasn’t expecting the sequence to be “that long and smashing”. It sets the stage for Moeen, who from then on, works as a yardstick for Murad (Singh) to ascertain morals, privilege, dreams and aspirations.

“There is a reason why Moeen is there in the film,” emphasised Varma. “It’s a clear cut demarcation that the filmmaker is making that Murad would have been in the prison with one choice.” Even though the characters share the same neighbourhood of Dharavi, Murad, Moeen and Safeena (Bhatt) possess different levels of privileges. While Murad has access to education and Safeena is studying medicine, Moeen uses crime for both sustenance and rebellion. But ultimately, they all are fighting against various social systems. “The difference between them is that Murad has a dream but Moeen’s dream got killed somewhere.”

As a character study, Varma found it fascinating to enter Moeen’s mind and envision his complexities. He assumed that Moeen would be tougher, at least on paper. But he soon started discovering the character’s vulnerabilities and ideologies. Varma animatedly recalled the scene where Murad chastises Moeen for employing children to smuggle marijuana. Moeen in return claims to provide livelihood to orphans who were abandoned by their parents, much like he was. “That’s the beauty of art – it shows a broken person and makes you understand why he is broken,” said Varma. There’s a lot more to Moeen than what we see onscreen, he added. Varma speculates that Moeen would not get invited to Murad’s concerts, had we to follow their lives beyond the end credits. “He is great to hang out and get maal [pot] with but not someone you would confide in,” shared Varma

The character resonated so deeply with Varma that he broke into an impromptu enactment as we talked. While the actor said he had no reference point for the role, he speculates Moeen would have been an ardent fan of Jackie Shroff. “There’s a certain kind of charm to Jaggu dadda that he would try to imitate,” he laughed.

Varma aspired to speak as effortlessly as Shroff when it comes to street lingo. Born in a Marwari family in Hyderabad, Varma picked up a little Telugu and Marathi along the way, but learning a new language remains a task out of his reach. “But I can understand dialects, lingo and accents,” he asserted. A few workshops in language, cigarette rolling, car repair, driving and stealing is what he needed to transform into his character. “No major transformations but small choices,” he revealed.

Currently busy with Imtiaz Ali’s web series, the actor is excitedly looking forward to offers, now that the dust around Gully Boy is settling down. To continue doing meaningful roles, his philosophy is simple: keep your needs in check. But that’s easier said than done in an expensive city like Mumbai. That’s where he borrows from Moeen’s strong suit: survival instincts.

When Sripriya and Nasser came together for the short film ‘Yashoda’

The two veteran actors talk about their short film, which follows a day in the life of a woman diagnosed with Alzheimer’s disease during lockdown Source Related

The 2011 movie, about the spread of a highly contagious and deadly virus, has come back in public consciousness as the world grapples with the coronavirus Source Related

In what was the last leg of classical concerts held in Hyderabad prior to the Coronavirus scare, Sangeetha Ksheera Sagaram’s expansive line-up of artists for their annual music series held at Saptaparni didn’t go unnoticed by connoisseurs. The latter half of the concert series had yet again provided a major impetus for the instrumentalists besides […]