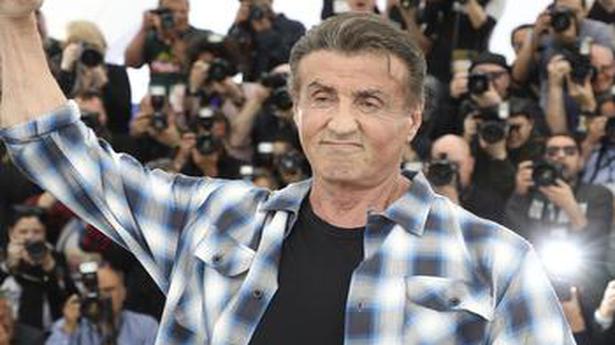 “There have been so many upheavals and civilisations have been destroyed. But it has been all about fighting back, not accepting defeat, rebuilding yourself and making a comeback,” the actor and director said at the Cannes festival on Friday.

The fifth and last installment of the franchise — Rambo V Last Blood — will release on September 20 this year. In the latest in the series, Rambo suffers from post-traumatic stress disorder and survivor guilt for not having been able to save several people in Vietnam. Rambo lives in a subterranean darkness of sorts, is a surrogate father and saves his adopted daughter from the bad guy in Mexico who happens to be her real father. “It’s a serious adventure,” said Mr. Stallone.

Two of his most popular incarnations — Rocky Balboa and John Rambo — have both personified resilience. Mr Stallone said that it is something ingrained in the nature of human beings.

Calling himself a “political atheist”, the actor said Rambo was more about alienation, loneliness and angst than a political story. “It was not a political statement but took a life of its own and became one,” he said.

For him, Rocky is not so much about boxing as it is about life. “He could have been baking bread, riding a bicycle. It is a metaphor for a race against time and fight against all odds,” he said.

He also pointed out that all human beings have the thread of fear, victory, isolation, loneliness and love running in us. “Nobody cares if you are above all of it. Then you are not human,” he said. According to him, Rambo is the dark side of nature, while Rocky embodies optimism.

Mr. Stallone said he got lucky that Rocky worked perhaps because it offered a narrative of change in the dark times in the country. “I don’t believe in reality all the time… Art should mess with reality,” he said, expressing a similar scepticism with versatility in acting. No Dustin Hoffman as Rambo and no Stallone in Tootsie. “I don’t like to do stuff that is not too much in my box. There are other people who would do it better,” he said.

Though he finds writing the toughest job, he feels there can be no lack of inspiration when it comes to ideas. “Pick up a newspaper and you will find four ideas [for films] every day. The human drama is inexhaustible.”

He feels that the industry has changed, as have the mindsets and technology: “It has become almost scientific now”. When asked about his legacy, he said that it was something determined by the audience than planned by the artist. Far from resting on laurels, he said that “you have to keep punching”, “you always have something to prove”.

Dressed immaculately in a white sari with a maroon border, Asha Bhosle looks exactly like she did during our last meeting in 2006. She’s now shifted from Pedder Road to Lower Parel, and at 85, is as active as ever. We’re chatting about her recent concert at Shanmukhananda Hall which was packed to capacity. Soon, […]

Half a century ago Delhi was a serene laid-back place and not the bulging metropolis it is today. Since avenues for entertainment were few, people walked down to monuments to catch a breeze or would host picnic parties with family in large Mughal gardens. Engaging with heritage Raghu Rai, a strapping photo journalist in his […]

A for art: Nina Sabnani’s lifetime of work as an artist and storyteller

“You don’t know what’s Ajrakh?!” The children of a school in Mumbai couldn’t respond to their guest teacher’s question, but were rather miffed at her indignant tone. “We have never seen one, we doubt if our parents have either!” came the reply after the teacher — author/artist Nina Sabnani explained to them that it was […]