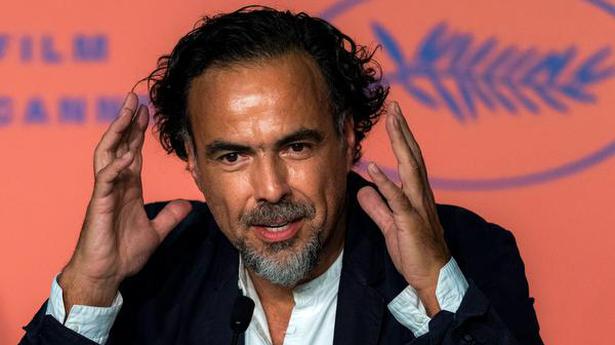 The strongest moment in an otherwise lukewarm, pallid and a trifle rehearsed Palme D’Or jury press conference was an impassioned statement made by Alejandro Gonzalez Inarittu, the first ever Mexican-born president of the jury.

On being asked about US President Donald Trump’s talk of “building wall against Mexico”, he said that his very presence as the jury president at Cannes was a statement against it. “They [politicians] are ruling with rage and anger… They are writing fiction and making people believe those things are real,” he said.

A thought that would also ring a bell when it comes to Indian politicians in the post truth, Whatsapp world.

He said that all the borders in the world are “wrong, cruel and dangerous” and point out at the most fragile, poor and underprivileged people – the dispossessed immigrants. He felt that it was access to cinema from across the world that can set things right to a certain extent. It’s because cinema can make viewers get exposed to various cultures and “embrace the otherness” he said.

On how he would judge the films, specially coming from maestros like Pedro Almodovar and Ken Loch, Inarittu said that the films wouldn’t be judged by name or fame of who directed it but by the intrinsic artistic value. He said he liked being “impregnated by films than reacting to them”. He said that he foresees that the “intense, passionate” days ahead would be about films that “strike deeply, provoke, disturb and comfort”. He compared it to a journey which will make the jury “learn, grow and transform”.

Greek filmmaker Yorgos Lanthimos, last year’s Academy award nominee for best picture and director of The Favourite, said that most people have a set way of viewing films. By being in the company of creative people from different cultures would give him an opportunity to allow himself to see things differently.

The conversation on gender moved along the lines set by General Delegate Thierry Fremaux yesterday, with Alice Rohrwacher, much like him, harping on looking at the beginning than the end of the filmmaking chain. “People keep asking us what it’s like to be a woman director. It’s a bit like asking someone who has survived a shipwreck why they’re still alive. Ask the person who built the boat, who sold the ticket. Ask the people behind the scenes,” she said.

The views on the Netflix issue also seemed to echo the Cannes Film Festival line of thought. Inarittu spoke about the communal experience of watching films in a theatre and how one mode of viewing should not cancel the other. To him it was how listening to a piece of music with four speakers in a car can’t negate listening to a 100 piece orchestra in an auditorium. For the second year in a row Cannes doesn’t have a Netflix title in its official lineup.

The play is the thing

There was a full house at the Sunday matinee at St Johns Auditorium in Bengaluru for The Mousetrap, the murder mystery written by the queen of crime, Agatha Christie. The curtains went up to reveal Mollie Ralston (Helen Clapp) doing last-minute adjustments to the living room at the newly opened Monkswell Manor. The Mousetrap started […]

Chennai Corporation, on Saturday, removed home quarantine stickers from the residence of actor Kamal Haasan, after a few workers of the health department had pasted the stickers based on an old address in a passport, as received from immigration authorities. Chennai Corporation Commissioner G. Prakash instructed health officials to remove the sticker from the actor’s […]

Actor Neil Patrick Harris is the latest addition to the ensemble cast for the upcoming fourth installment of the Matrix franchise. He joins Keanu Reeves and Carrie-Anne Moss, who will be reprising their roles in the film, as well as Yahya Abdul-Mateen II, who was tapped as one of the leads last week, reports variety.com. […]