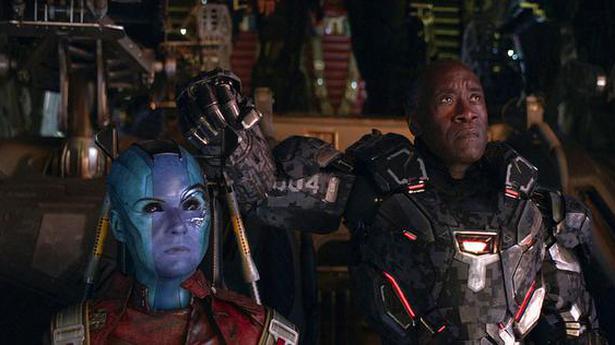 Disney and Marvel’s Avengers: Endgame has stormed into historic territory, earning $2.19 billion worldwide in less than two weeks to become the No. 2 film of all time, industry watcher Exhibitor Relations has reported.

That exalted number, which includes the film’s estimated take of $145.8 million this three-day weekend in North America, pushes the superhero blockbuster past Star Wars: The Force Awakens, which netted $2.07 billion, and even Titanic ($2.18 billion).

Only Avatar ($2.79 billion) has done better. Yet the latest Avengers franchise hit its record total in just 11 days, taking in a stunning $575.8 million in China alone.

‘Naaigal Jaakirathai’ to ‘Watchman’: a look at dog-based films in Tamil

This week’s big Tamizh Puthandu release is director Vijay’s Watchman, which has GV Prakash in the lead. After a trade screening of the film, industry pundits are giving it a thumbs up mainly due to the performance of the “wonder dog” in the film. A golden retriever called Bruno plays a pivotal role in this […]

Shared heritage of India and Bangladesh

After 1947, printmakers from erstwhile East Pakistan, now Bangladesh, were no longer in touch with their roots, and printmaking virtually came to a standstill. “Before Partition, Calcutta was the centre of printmaking for both West and East Bengal. However, from 1947 till 1971, when East Bengal went to Pakistan, we had no link with printmaking […]

She was the product of a moment: John Guy on artist Y.G. Srimathi

John Guy, curator of the South & South East Asia section at New York’s Metropolitan Museum, was in Chennai recently to launch a book on Y.G. Srimathi, the Chennai-born artist who went on to make New York her home and who is now largely forgotten in India. The book, an extension of the retrospective that […]