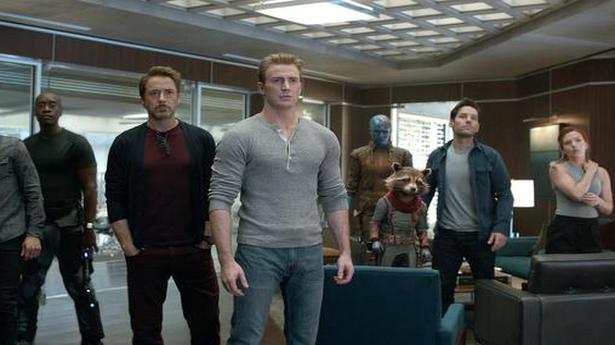 Avengers: Endgame has crossed the ₹300 crore box office mark in India, becoming the first Hollywood film to achieve the benchmark in the country.

It released in Hindi, English, Tamil and Telugu across 2,845 screens in India on April 26.

The ₹300 crore club in India includes PK, Bajrangi Bhaijaan, Sultan, Dangal, Tiger Zinda Hai, Padmaavat and Sanju, Adarsh pointed out, adding that Baahubali 2 (Hindi) is the only film in the ₹500 crore net club at the Indian box office.

From Iron Man to Captain America to Hulk to Black Widow to Thor — Marvel superheroes have assembled one last time in Avengers: Endgame to save the world and fight against Thanos.

Endgame, the 22nd film in Marvel Cinematic Universe, marks the end of an era that revolved around Iron Man, Thor, the Hulk and Captain America, among others. It is helmed by the Russo Brothers Joe and Anthony.

Meet prosthetic artist Zuby Johal, the creator of zombies in ‘Ghost Stories’ and Hastar in ‘Tumbbad’

Of all the things in Zuby Johal’s basement, the most conspicuous are the many body parts: two grotesque heads, four hands of varying colours and sizes, and several stray fingers. They evoke not repulsion or fear but awe. For, the details in them, including the wrinkles on knuckles and the frowns on the brows, advertises […]

For a streaming service that boasted a diverse library, progressive technology and high-end productions, Netflix’s parental control features were lax at best, and many parent-members the world over were not happy. But if your kids have logged into Netflix after 10:30 pm on April 7 you may notice that the streaming giant has globally updated […]

Rajinikanth expresses concern over violence in the country over CAA

Actor Rajinikanth on Thursday expressed concern over violence in various parts of the country over the Citizenship (Amendment) Act, saying violence and rioting cannot be a way to find solution to any issue. Though the actor did specify any incident, he said “the ongoing violence gives me great pain.” “Violence and rioting should not become […]