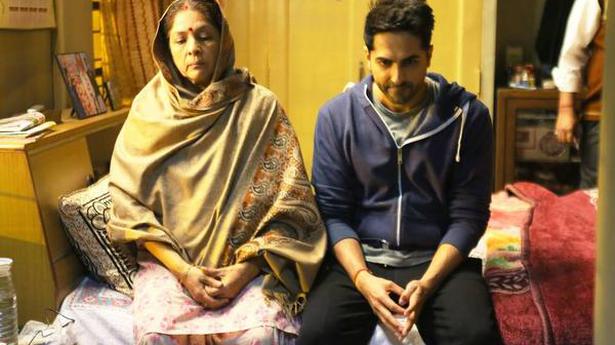 Badhaai Ho, which stars Neena Gupta, Gajraj Rao, Ayushmann Khurrana and Sanya Malhotra, is based on the story of an elderly couple who are expecting their third child.

According to IMDb customer ratings, Badhaai Ho was among the top five Indian movies of 2018. And now, Boney will remake the Hindi film for the south Indian audience.

“I have acquired the rights of Badhaai Ho under my production house Bayview for all the south Indian languages. I was keen on remaking it as it is a film that resonates with both the masses and classes,” Boney told IANS.

He is also working on the remake of the 2016 Hindi film Pink with Tamil star Ajith.

Asked why he is remaking Hindi films, he said: “Earlier I used to buy rights of south Indian films to make in Hindi. Now I am reversing the process.” Boney had backed the Salman Khan-starrer Wanted, which was a remake of the Telugu film Pokiri.

The producer will team up with Ajith again. The shooting will be starting in July and the film will release in April 2020. “The subject is still not finalised,” he said.

The spate of Valentine’s Day theatre specials this week, all presented by men, might be an happy accident but it does call attention to how even a phrase as innocuous as, “Will you be my Valentine?” is a gendered proposition. In the natural kingdom, where mating rituals are often described in hetero-normative terms, females preen […]

Stay tuned to musicians from Technopark

Right up there in the portfolio of Music Café is an exclusive concert for players of Chennai Super Kings in Bengaluru two years ago. At the event, this in-house band of an MNC in Technopark entertained the audience with popular numbers in all the South Indian languages, in addition to tracks in Hindi and Bengali […]

There are some plays that continue to enthral audience despite their repeated staging. One such is the ever popular American playwright Joseph Kesserling’s “Arsenic & Old Lace”. Its Hindi adaptation attracted a sizeable audience despite the prevailing cold conditions when put on board last week at the Panna Bharat Ram Theatre Festival, Shri Ram Centre […]