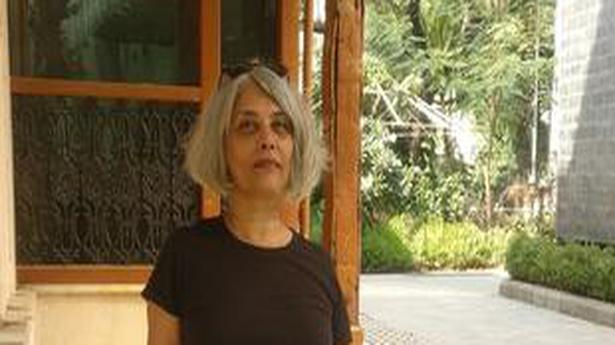 Baaram (The Burden), a film written in two weeks and shot in 18 days, has won the National Award for Best Feature Film in Tamil this year. Directed by Priya Krishnaswamy, Baaram deals with the illegal and seldom-talked-about topic of ‘Thalaikoothal’, which is a form of senicide where elderly people are led to their death by their family members. Besides theatre artistes, Baaram’s cast also includes students and faculty of the Department of Performing Arts of Pondicherry. The film was shot in parts of Puducherry and Tirunelveli.

Right after the awards were announced, we catch up with filmmaker Priya Krishnaswamy to ask her about the win, and her plans to release Baaram:

A cliched question, but were you surprised with the win? There were a few favourites doing the rounds… like Merku Thodarchi Malai and Pariyerum Perumal

Yes, I was. I think that since so few people know about Baaram, they were surprised by the announcement. We hope to rectify that soon with a release.

Do you feel that the Tamil film industry was ‘ignored’ in general at NFA as not one Tamil film was named outside the regional category, even though 2018 was supposedly a ‘good’ year for Kollywood?

Baaram is a culmination of many Tamil film industry technicians’ and artists’ efforts. It just happens that I’m based in Mumbai, but I found the subject disturbing enough to want to work on it. I feel this is a big win for smaller filmmakers in Tamil Nadu.

How and why did you choose this particular topic of Thalaikoothal?

I began to read online news reports about Thalaikoothal in 2012. Buried among all the online reports was a two-line account of an incident in a small town in the interiors of Tamil Nadu. So I went there and researched the story. I was so shaken by it that I had no choice but to make the film.

Did you encounter any trouble from the community while researching for the film?

It was tricky researching the original story in Tamil Nadu since Thalaikoothal is rampant there; most people were suspicious and reluctant to talk. In general, we did stay below the radar so that we could finish our film. Luckily, we had no trouble in the shoot in Puducherry, where we thought the practice didn’t happen. So it was heartbreaking to realise, in the course of our shoot, that thalaikoothal is in fact prevalent there as well.

What are the release plans for Baaram?

We are working on releasing Baaram in theatres and online platforms.

Please explain the process of shooting the movie in 18 days. How did you go about choosing the cast for the film?

My first feature film, Gangoobai, and the 20 documentaries I’ve made taught me a lot about the power of a good preparation. So I did detailed research from 2012 on the subject and the story. I wrote the script of Baaram in 2 weeks in May 2016. The script included an enormous cast of 85 people, and 26 far-flung shooting locations.

Since I was able to collaborate with the Electronic Media Dept students at Pondicherry University, I asked them to produce one particular segment of the film. Due to various constraints, we shot day and night and concluded it in 18 days.

I really lucked out with the actors. I knew that the most difficult role to cast would be the central character of Karuppasamy, a 64-year old night watchman around whom the story revolves. I cast Dr. Raju at the Dept. of Performing Arts in Pondicherry University within 5 minutes of meeting him. We then conducted a 15-day acting workshop, with the final script, which allowed us to wrap the shoot in 18 days.

A bit about your upcoming projects?

Since 2000, I’ve been working on a feature film about a 16th century female Kalari warrior called Unniarcha, and her doomed love affair with her cousin, Chandu. I’d love to start that now.

Some of the most compelling documentaries continue to leave a lasting mark on not just audiences, but on society and policy too. Blackfish, From Darkness To Light, Food Inc. and An Inconvenient Truth are just some that come to mind. However it is also worth looking at the untapped reservoir of projects in India made […]

It was a proud moment for the world of Kannada films. The credit goes to actor Sreenivasa Prabhu and director G. Murthy for creating a unique film – Bimba-Aa Tombattu Nimishagalu (Bimba – Those 90 minutes). The film has created a world record with Universal Records Forum (URF) declaring it as the “First of its […]

There’s a scene in Maska where the lead Rumi (Prit Kamani) is ticked off by a judge, Boman Irani (playing himself) in an acting competition. All for trying too hard to act — zyada hi mehnat (don’t overdo it), as he puts it. The film — about Rumi wanting to let go of his family […]