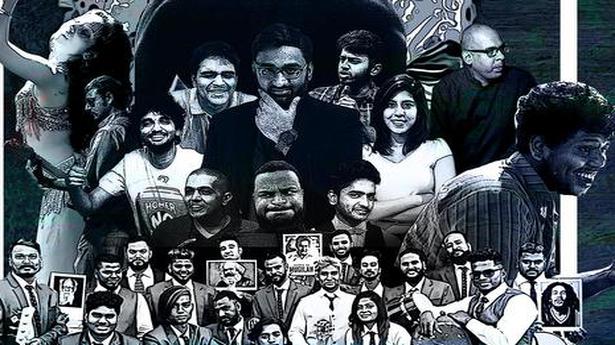 Over the past decade, English language theatre has cautiously grown and thrived in the city, with off-shoot art forms like stand-up comedy, storytelling and improvisation. To bring these varied performances, as well as some lesser-seen ones, on to the same platform, Chennai Art Theatre (CAT) presents the second edition of their Fringe Festival, which will be spread across three weekends in July.

“We have the Margazhi festival for classical music, The Hindu Theatre Festival for plays… but we don’t have a single event which brings together different art forms. The Fringe is an effort to initiate more conversation about all sorts of art. It also gives upcoming artistes a platform to perform and network, and also cultivates new audiences by introducing them to different art forms they may enjoy,” says B Charles, founder, Chennai Art Theatre, a three-year old production company that aims to support the performing arts.

Fringe festivals around the world are platforms for alternate and experimental performances. Staying true to that, Charles says he has curated performances which aren’t performed aplenty on Chennai’s stages. “This year, the line-up is different — it includes physical theatre by Naresh Raj with aerial acts and shadow play; rap and beatboxing by Voltage B; electronic music by Bishopong; and dark, offensive humour by Evam’s stand-up comics,” he explains. Pa Ranjith’s The Casteless Collective is trying out new instruments and costumes. Tamil short story renditions add a regional flavour, and performance poetry and belly dancing also make their presence felt. “The last, for example, is something I’ve only seen showcased in corporate and private shows here, so I wanted to bring it to a public space as a performance art,” he adds.

Charles says it was a conscious decision to ensure that all the artistes are from Chennai. “I attended multiple events across the city, speaking to the largely urban crowd on what they wanted for entertainment, and the kind of events they react positively to,” he says. Popularity on social media was another factor. And it’s not just the big names like Casteless Collective; Voltage B, picked as the student group, is big on the college circuit.

Having worked in theatre production as a lighting designer for the last decade, Charles has found that, thanks to technology, audiences are watching and reading more, and kindling their interest in the arts. “While we have two sponsors this year, it’d be great to have more people and brands on board to expand the number of performances, artistes and venues. Perhaps even 30 to 40 events spread across the month. Doesn’t that sound good,” he concludes.

“It seems you watch quite a lot of popular masala movies,” says one of the many conniving characters in Lucifer to another, who had just drawn an analogy from popular cinema to explain a political situation. “Yes. I watch them all. It lets you know the public’s taste. I know in advance which scenes they […]

In the Gospel of John, it is Jesus Christ who challenges the Pharisees by asking the one without sin to cast the first stone when they bring in an adulteress to be punished. But in Paapam Cheyyathavar Kalleriyatte it is a zonked out Madhupal who utters the profound statement, his only task in the film […]