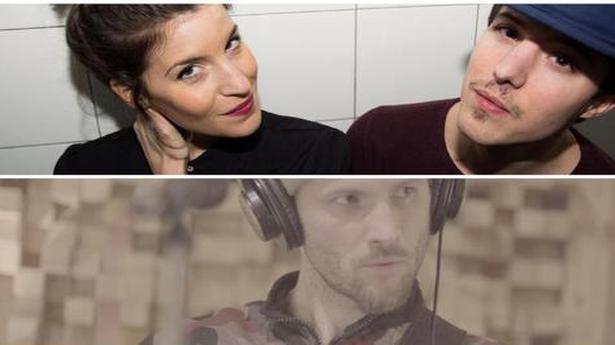 In addition to a guitar workshop, New York City-based guitarist and composer Xander Naylor will be in India for a special performance alongside guitarist Vinay Kaushal and drummer Shreyas Iyengar at the Blue Room this week. Naylor, who can blend into a hardcore jazz-fusion space as well as post-rock territory in his guitar playing, will present groove-heavy tunes this time around. He is also likely to add a bunch of Hindustani classical influences into the mix, considering he has extensively studied the form under tabla artist and veteran Pandit Samir Chatterjee. He released his latest composition, ‘Pursuit’ last December, terming it “calculated chaos” in his notes. Expect experimental, free form jazz, atmospheric rock and meditative Indian classical music. While Naylor is a teacher at a music school in New York, his guitarist counterpart for the show, Vinay Kaushal, is also a music educator and alumnus of the Musicians Institute in Hollywood.

Fresh from their big stage appearance at the Vh1 Supersonic festival in Pune, hip hop duo Seedhe Maut are coming in from New Delhi with the energy level that wowed thousands in attendance. Joined by DJ and rapper Blunt, Seedhe Maut’s ABJ and Calm have been at their hard-hitting best on their début album Bayaan as well as songs such as ‘101’ and the take-down of right-wing politics on the track ‘Scalp Dem’, featuring MC Delhi Sultanate. Although they gained another big push after collaborating with Pune electronic music star Ritviz on ‘Chalo Chalein’, Seedhe Maut are squarely in the space of buoyant, often aggressive music that heaps on pop culture references in every bar on songs such as ‘Shaktimaan’ and ‘Class-Sikh Maut Vol. II’. The gig also includes a performance from producer-rapper duo Warboy x DEVM, winners of the Red Bull Spotlight 2019 contest who recently released their début album, Out of the Blue last month.

In January 2018, Spanish duo Iseo and Dodosound made their way to India for the first time with four shows, including a stop at the Sunsplash Festival in Goa as well as Bengaluru’s Koramangala Social. Now on their second India tour after a whirlwind couple of years that included over 160 shows, the duo bring together dub, reggae and electronic sounds to the stage. Formed in 2014, Iseo and Dodosound released their début album Cat Platoon in 2015, followed by 2017’s Roots in the Air. By then, their sound was firmly seated in the space of well-produced reggae that would be as emotive as it was friendly towards dance floors. They will be supported by Pune DJ and producer Daisho aka Angad Bharaj.

Will Arnett: ‘It is still hard to say goodbye to BoJack Horseman’

Actor Will Arnett is feeling “bittersweet” with the conclusion of his Netflix series BoJack Horseman as he admits that it is hard for him to let go of it. The show, created by Raphael Bob-Waksberg, ended with its sixth season, which was divided into two parts. The first installment came out on October 25 last […]

The Grammy Awards, the highest honours in the music industry, were handed out on Sunday at a ceremony in Los Angeles hosted by Alicia Keys. Following is a list of winners in key categories: Album of the Year “When We All Fall Asleep, Where Do We Go?” Billie Eilish Record of the Year “Bad Guy” […]

Chicago-area rapper Juice WRLD, whose real name is Jarad A. Higgins, was pronounced dead Sunday after a “medical emergency” at Midway International Airport, according to authorities. The Cook County medical examiner’s office was notified of the the death of Higgins, of Homewood, on Sunday morning, according to office spokeswoman Natalia Derevyanny. An autopsy had not […]