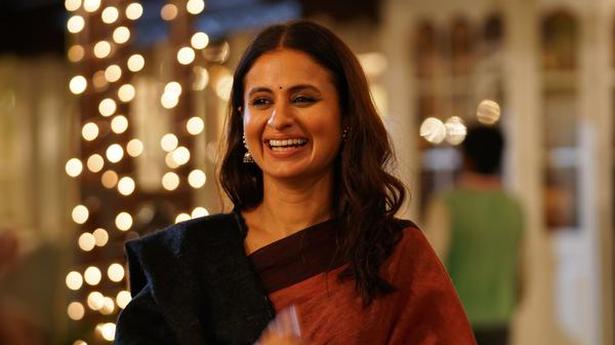 Long-time friends, actors Rasika Dugal and Purab Kohli have rarely worked together. “Rasika went to FTII with a cousin of mine so I’ve known her for quite some time. Though we’ve been a part of a couple of projects together like P.O.W (Bandi Yuddh Ke, a series on Star Plus) and Manto but we’ve never really acted with each other. We had two scenes together out of 110 episodes on POW, and in both scenes I’m just a bystander while she interacted with someone else,” Kohli explains. But that’s all changed with Out of Love, a limited series on Hotstar that has the actors playing a couple whose marriage is going through a crisis.

Out of Love is an adaptation of the BBC’s global hit and multi award-winning series Doctor Foster. This riveting portrait of a marriage slowly imploding has already been adapted in Russia, South Korea and France. Directors Tigmanshu Dhulia and Aijza Khan helm the Hindi adaptation that drops on Hotstar this week. There’s been a rash of Hindi adaptions on OTT platforms in recent times. Dugal maintains that, Out of Love is faithful to its source material that was written by Mike Bartlett. “It is a universal story of a relationship and a very human story,” she says.

Having been a part of P.O.W – Bandi Yuddh Ke, which was adapted from the Isreali show Hatufim that was remade in the US as the global hit Homeland, Kohli has had some experience of being a part of adaptation. “During P.O.W, we met Gideon Raff, the creator of Hatufim. Gideon told us that in China they made it into a period drama because the Chinese government monitors content. So, each country does their own thing. Doctor Foster is being adapted in other countries as well and that’s where the Indian creative team comes into play because they know their audience best and write keeping in mind their sensibility.” On Dugal’s wishlist is playing the titular character in the Indian version of The Marvelous Mrs Maisel. And, if BBC’s new crime-show Giri/Haji is ever remade in India, Kohli definitely would want to be a part of it.

Dugal plays Meera Kapoor, a doctor who goes down the rabbit hole after she finds a strand of hair, that’s not hers, on her husband Akarsh’s scarf. “When I watched the original, I felt it examined in a very nuanced way a relationship that had seen infidelity, without taking sides or being moralistic. It just talked about two people who are in love with each other and going through an experience like this,” says the actor. What also got Dugal interested in being a part of Out of Love, was that her character gets the chance to drives the narrative.

Kohli, who has moved to London after five years of commuting between the city and his home in India, remembers watching the show when it had first released on BBC in the UK. “I had thought it was one of the best things that had come out of the BBC — and some great writing comes out of there. So, the minute they called me and said they’re remaking it here, I jumped up and said I definitely wanted to be a part of it. As an actor, you weigh and imagine how a project is going to turn out. In this case, we already had a great piece of writing and then Tigmanshu was already on by then and there was Rasika,” he says.

Out of Love explores themes of marriage, commitment and infidelity. Dugal, who is married to fellow actor Mukul Chadda, believes that ‘couples should not shy away from getting help, if they need it’. “There’s a lot of posturing that goes on around the idea that one’s marriage is always going to be perfect, but it changes every day and it’s fragile and has to be worked upon.” Kohli, who tied the knot with long-time girlfriend Lucy Payton last year shares interesting martial advice that he stumbled upon on YouTube, “I saw some videos of a doctor who also does counseling. She said the first question you need to answer is whether you want to work whatever the problem in your marriage is or if you don’t. If you’re choosing to work it out, the advice was to look at the problem as an opportunity to build something new instead of trying to get back what you already had; what you already had clearly didn’t work. When you start approaching it from that positivity, it does help repair relationships. I thought it was an interesting way to look at it when you want a relationship to work.”

Out of Love will stream on Hotstar from November 22 onwards

The Madras Players’ Trinity, is set to tour the US and Canada

One of the stalwarts of the Carnatic music universe, Muthuswami Dikshitar, used to travel from kshetram to kshetram with his band of disciples and composed songs impromptu. Which is why many of his songs talk extensively of temple architecture, different deities, and other such observations. Nuggets of lesser known historical facts like this are what […]

Arav Rishik, a music director who debuted with Chemistry of Kariyappa, seems to have hit the jackpot. The music he composed for this film, featuring Tabla Nani, Sanjana, Suchendra Prasad and Chandan Acharya, went on to become a success. That is not all, the film directed by Kumaar, not only won accolades for its humour […]