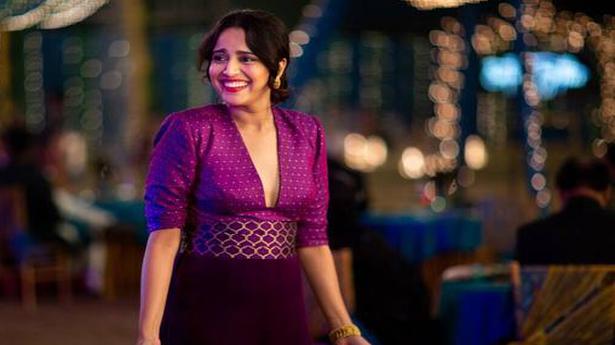 Despite a great cast, for a series that has stand-up comedy and humour as its central premise, the impact is lacking

When the trailer for Bhaag Beanie Bhaag dropped, comparisons with The Marvelous Mrs Maisel seemed inevitable. Despite the fact that both shows have their leading women taking to the stage as they attempt to free themselves from the shackles of a life of marriage and domesticity laid out for them, BBB thankfully charts its own course.

Bindiya Bhatnagar (Swara Bhasker) calls off her engagement (and gives up a four-bedroom house with a dishwasher) after deciding to pursue stand-up comedy seriously, leaving her fiancé (Varun Thakur) and parents (Girish Kulkarni and Mona Ambegaonkar) flummoxed. Here’s a woman who when younger, dreamt of telling a thousand jokes but has now resigned to the fact that – Jab family samosa vale ho toh salsa ke sapne nahin dekhne chahiye.

While the show does have zingers like this for the smiles, the laughs are missing, Beanie’s short open-mic performances are witty, but the writing never goes beyond that. There are no big humour moments or that ONE amazing monologue that viewers have come to expect from a show like this. For a series that has stand-up comedy and humour as its central premise, the impact is lacking.

What however makes it a breezy watch, are its central characters. Swara Bhasker is terrific as Beanie. Look out for her in the scene where she cautiously tries to break it to her fiancé that she is serious about stand-up as a profession. Or where she finishes her ‘career-best’ performance and longs for her parents. She’s a complete natural, and plays the often confused, yet sincere Beanie effortlessly.

While Instagram favourite Dolly Singh as Beanie’s BFF and Varun Thakur as her dumped fiance shine in their roles, Ambegaonkar and Kulkarni deliver immensely as Beanie’s harried yet wholesome parents. A lot of the humour that works is courtesy Ravi Patel, who plays a comic from LA trying to make it big in Mumbai. The easy camaraderie he instantly strikes with Beanie is fun to watch.

In one heartfelt monologue at a wedding, Beanie attempts to sum up how parents thrust their expectations and dreams on their children and what it took for her to see things clearly — how the next 50 years of her life would be, and that no one was listening to her. These rare moments that focus on her dilemma of not wanting to disappoint her parents and yet wanting to follow her passion elevate the show.

At six episodes that are just a little over twenty minutes each, BBB makes for an easy binge-watch. Bhasker is left to do most of the hard work however, and here’s to hoping season two (the stage seems to have been set for it) has a lot more of the laughs as well.

‘There is only one Shahenshah’

I was born and raised in Delhi in a very cosmopolitan atmosphere. Back then, Amitabh Bachchan was a big draw, and once I started watching his films, I became a big fan. Those were the years when there was one ‘Big B’ film after another, and we, as fans, were not complaining at all. My […]