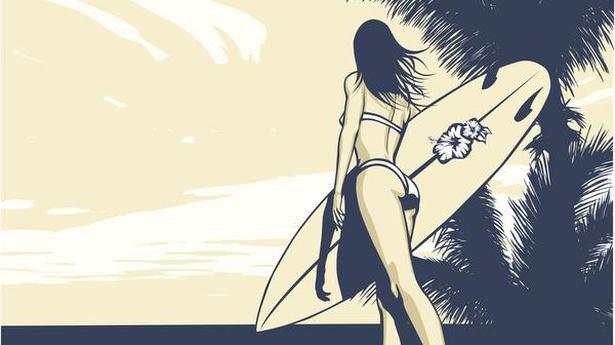 English is a funny language, but the real objects of our mockery are those who speak it funnily

Remember Yashraj Mukhate? He first arrived on the scene with ‘Rasode Mein Kaun Tha,’ a musical meme that spliced catchy music with a dialogue from Hindi soap opera Saath Nibhana Saathiya and became viral in hours with its takedown of primetime soaps.

Now, another one of his ‘compositions’ is on everyone’s lips, thanks to Taapsee Pannu and her family, who shared a video of themselves dancing to its soundtrack while on holiday in the Maldives. In Mukhate’s original video, ‘Biggini Shoot’, he takes an exchange from a 2011 conversation on a show called Emotional Atyachaar, adds a set of rap lyrics, and creates a catchy number that has caught the attention of the Indian interweb. The hilarity of this one seems to rest on the protagonist, Poonam’s, mispronunciation of a word very little heard or seen in the Indian public space, the bikini.

The Oxford English Dictionary will tell you that the word bikini refers to an atoll in the Marshall Islands where an atomic detonation was carried out in 1946, as well as ‘a scanty two-piece beach garment worn by women’. As the academic Neville Hoad speculates in an article on the Miss World pageant, there must be some similarity in the effects evoked in male beholders by both the atomic bomb and the bikini. Hark back to the iconic Ursula Andress scene in Dr. No and the skyrocketing sales of white bikinis after this emergence. This was recreated by Halle Berry in another Bond film, Die Another Day, and has been a reference for countless other scenes. If such are the explosive capacities of the bikini, why has Poonam’s reference to “two pieces only” brought on mocking laughter as opposed to lustful desire?

I may be stating the obvious in saying that, well, she calls it a biggini and not a bikini, even as the straight-faced anchor goads her into repeating the word. He asks, in seeming innocence, “Which shoot?”, to which she replies, “Biggini.”

While Amitabh Bachchan once iconically stated in Namak Halaal that English is a funny language, our notion of laughter seems to rest even more on people who speak it funnily. I remember how, when I was a student in Pune, people who asked the disguised question, “Will you make friendship with me,” were mocked. Friendship was the euphemism for flirting, dating, and maybe a relationship. The subtext to this mockery was that the addressees always considered the badly phrased and ungrammatical question to be a class marker. We may have come a long way from Macaulay and his exhortation to create a class of English-speaking Indians, but Dr. Higginses still abound, seeking Elizas to reform.

To add to this postcolonial morass, perhaps it doesn’t help that Poonam is seen to be trying so hard in her interview to appear urbane. Her confidence, her declaration of herself as bold, her detailing of her career as a brand ambassador in Indore, and as a model for Maharani Beer all seem fodder for a certain kind of glee. This glee is not found when, say, Akshay Kumar declares that he did “an undies dance” in “blue color” on a Koffee with Karan episode. The trope of the small-town girl seeking fame by performing her sexuality and attractiveness can go multiple ways. Sometimes it produces a Kangana, at other times a Poonam. At all times, it is a risk, for you may well become the subject of mockery before you become rich, famous, and powerful enough to turn on your detractors. All we are then left with are binary tropes of insiders and outsiders with no capacity to overturn the structural violence of language, gender, caste and class hierarchies.

Instead, let me suggest another way out. Given the controversial history of the bikini in the Indian beauty and swimming pool space, perhaps the more appropriate word is indeed ‘biggini’. For it includes all and sundry — those on Instagram parading in their “two pieces only” as also those women clad in salwars, kurtas, saris, dresses, and burkinis, united in their need to be attractive or swim or both or neither. Mukhate’s music is itself what ethnomusicologist David Novak terms remediation, a process of sampling that allows for new meanings as much as new cosmopolitan subjects to emerge. Taking a leaf from this practice, how about we let a thousand bigginis bloom?

The writer teaches anthropology for a living, and is otherwise invested in names, places, animals, and things.

Amit V. Masurkar disagrees vehemently to the mention of elections and democracy in the same breath. “Elections are also conducted in North Korea, so let’s not equate elections with democracy!” says the young filmmaker for whom it’s the principles of freedom, equality, fraternity and secularism that are of paramount importance, the bedrock of India’s democracy; […]

SPB’s last song will be in Rajinikanth’s ‘Annatthe’