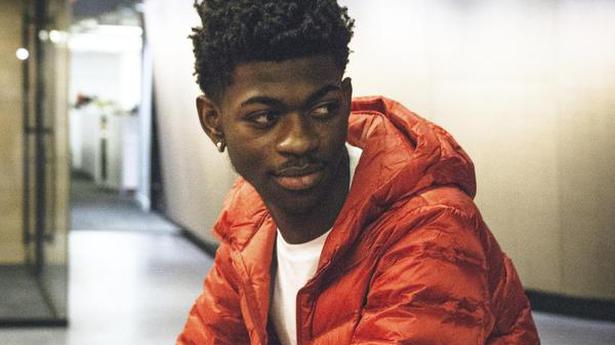 Perched atop the Billboard Hot 100 chart for the third week, “Old Town Road” by Lil Nas X offers more than just a catchy tune to hum. There are lessons on social-media marketing to be gleaned from it.

First, a look at the unlikely script of Lil Nas X’s personal success story. A black American teenager dropping out of school to focus on matters of consequence, namely rap, memes and social media. The boy is down in the dumps as his family doesn’t expect anything of significance to come out of these pursuits, and he channels his angst into a song. Released independently, the song spreads like wildfire on TikTok due to a challenge into which its sound and theme fit perfectly. The teenager is signed on by Columbia Records, and the song enters the Billboard chart, where it is embroiled in a controversy over categorisation. Legendary country singer Billy Ray Cyrus rallies to the teenager’s cause. And the incredible story ends at the top of the Billboard chart.

The most significant point of the story is that when he released “Old Town Road”, Lil Nas X had little else besides a hummable song and a few social media handles. But they were all he needed – or, so it seems now.

For a long time, he was working on building a following on Twitter (his account now is @LilNasX) with humorous content driven by memes and would now and then, slip in a snippet of the music he had produced to feel the pulse of his target group. (Discussions about his engagement with Twitter as a Tweetdecker now lead to an old and popular account @NasMaraj, reportedly once held by Lil Nas X. There is however silence over this account, said to have been taken down.)

“Lil Nas X seems to have known instinctively that in music promotion on social media, engagement always comes before suggestion. When these two aspects are in place and in their right order, then follows acceptance,” says Wishways Srinivas, digital marketer and manager of Chennai-based Rhythm And Prophecy, a Tamil-English hip-hop band with rapper Jack Styles as its frontman.

Social-media marketing maven Sorav Jain points out that Neha Kakkar worked on this social-media principle. “First, she built a following by largely offering cover versions of popular Bollywood songs that would readily engage listeners, and then came her compositions, and now she offers both,” says Sorav.

With Lil Nas X ensconced in stardom, the audience can’t get enough of “Old Town Road” and he serves up large portions of whatever is happening around it. Yet, he makes the content different, and it seems to be riveting for most of his millennial audience. Never mind that some of the content is puerile. Remember he turned 20 only this April 9.

For example, on April 27, he tweeted a video of an animated dragon flapping through a parking lot, and raising a dust-storm, with the accompanying caption — “what y’all doing if you trying to get to your car and you see this pigeon.” Not even chucklesome by most standards of humour, but the comments and retweets kept coming with the end result being audience engagement.

What one should notice is that he keeps up a constant chatter, now largely around ‘Old Town Road’. On April 15, he tweeted: “damn i haven’t tweeted about old town road in 5 whole minutes.”

“Interactivity is another important aspect of social-media music promotion. Musicians should take votes on what the audience would have them do with an upcoming album. There could also be short and fun singing exercises based on audience’s choices. On Jack Styles’ Instagram account, there have been questions like this: ‘Do you want me to do a pre-verse of J. Cole or Kendrick Lamar?’ Besides getting your target group to let you know what is expected of you, it also helps them know that their opinion counts,” says Wishways.

On Twitter, Lil Nas X is quite regular with surveys. Post the chart-busting performance of ‘Old Town Road’, he started one on an album that seems to be on the drawing board.

On April 30, he tweeted: “How many songs should be on the alum?!?” with a row of one-eyebrow-raised emojis following that.

Another inviolable rule of social-media promotion: Promote your music across platforms.

“In social-media marketing, there is nothing called failure. There is high, low or moderate impact; but there is no failure. Certain platforms may not give you the kind of visibility you look for, but they will have a cumulative effect on building your brand visibility. When a music video on a platform garners just 100 views, it should not be seen as ‘just 100 views’, but as ‘100 more views’,” says Wishways.

With a presence on all platforms, one is likely to catch a wave sweeping across any of them and ride their way to stardom.

Lil Nas X had posted a meme-based clip of ‘Old Town Road’ in TikTok and that was picked up by users there for ‘The Yee-haw TikTok Challenge’, which celebrates the wild west and the cowboy lifestyle.

With its cowboy theme, country-rap sound and the idea of escape from the madding crowd, this was an extremely popular sound that users turned to for their short videos. The resulting virality led ‘Old Town Road’ and Lil Nas X to where they are now.

Rishi Kapoor and the inheritance of romance

‘The Last Kids on Earth’ review: The end is always near

The Last Kids on Earth, like Max Brallier’s eponymous books it is based on, is immense fun. The talented voice cast, which includes Mark Hamill and Rosario Dawson, is an added bonus. The world as we know it has ended and is overrun with monsters and zombies. It is left to 13-year-old orphan Jack Sullivan […]

The action-heavy Gears of War has stepped into the tactical strategy game arena, bringing their signature combat experience to Gears Tactics Source Related