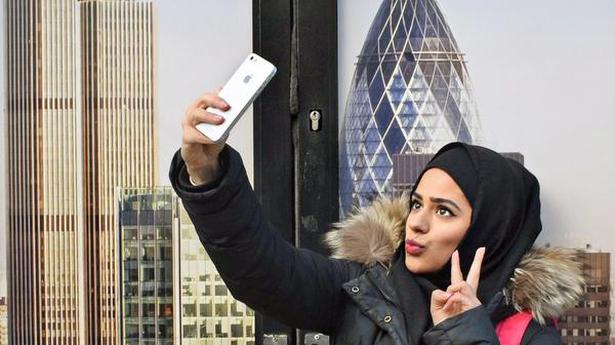 The London-based Tara Arts’ journey in the performing arts began, not entirely fortuitously, in the 1970s when artistic director Jatinder Verma co-founded the company in order to create a robust and resilient South Asian presence in a London riven apart by racial strife. A particular flashpoint that served as a catalyst for change was the racially motivated stabbing of 18-year-old Sikh schoolboy Gurdip Singh Chaggar in 1976. Only last weekend, hundreds joined a unity march in Southall to remember Chaggar and Blair Peach, a teacher clubbed to death during a 1979 anti-racism demonstration.

In the more than four decades since its inception, Tara Arts has risen to the forefront of multicultural practices in the arts, both in terms of its artistic programmes and the audiences it has cultivated. In fact, the essence of its enduring cross-cultural work in British theatre can be found, in physical form, in the theatre that has housed the group since 1983. Recently refurbished in 2016, the new Tara Theatre at 356 Garratt Lane is a marvel of architectural syncretism, and has been dubbed ‘Britain’s first multicultural theatre’. Its award-winning restoration consists of “a fusion of Edwardian brick and Indian wood, including doors and architraves from India, all held together within a 21st century steel cube.” Programmes at Tara Arts have frequently reflected this dialogue between the East and the West, that has become the signature identity of a group forged on the anvil of a civil liberties movement.

All of May, Tara Theatre presents a festival of women artists, the rallying cry for which is I’ll Say it Again! This includes plays, stand-up acts, musical gigs and panel discussions. Tara’s first-ever production was Sacrifice, based on Bisarjan, the 1890 anti-war play written by Rabindranath Tagore in blank verse, one of the Nobel laureate’s overlooked gems. That production was staged in 1977 at the Battersea Arts Centre. This season, the bard of Bengal once again occupies pride of place with the Komola Collective’s Women of Tagore, directed by Filiz Ozcan, in which three his best-known women characters —Debjani, Charulata, Nandini — jostle for space in a singular narrative. Formed in 2012, the Komola Collective specialises in telling untold stories from a female perspective. One of their signature works has been Birangona: Women of War, about the true stories of female survivors and sufferers of the Bangladesh Liberation War.

The one-woman shows include Samia Malik’s Azaadi Freedom, Sudha Bhuchar’s Evening Conversations, Vena Ramphal’s The Shape of Stillness and Zahra Barri’s Special, featuring emergent comic Barri. Malik’s multi-disciplinary piece is informed by her hyphenated roots; she was born in Saudi Arabia to Pakistani parents, and has lived in the UK since childhood. Azaadi Freedom interweaves live singing with translations and projections of original art, which showcases Malik’s skills as a visual artist and a vocalist trained in Hindustani classical music. In 2004, Malik had collaborated with Mallika Sarabhai on the dance musical, Colours of the Heart, a response to the Gujarat riots of 2002. Bhuchar’s piece discusses, “discusses the complexity of identity and difference through our shared human experiences,” through the lens of an NRI in Wimbledon navigating career and family. The extended monologue was inspired by evening conversations with her sons. The half-Egyptian and half-Irish Barri’s act, “looks at ego, self-image and narcissism” and Ramphal’s dance performance fuses influences from classical Indian dance and yogic meditation. Last year’s inaugural season of I’ll Say it Again! marked the British centenary of women’s suffrage. This year’s edition is an amalgam of distinct and diverse women’s voices.

The headline act at the festival will be, Does My Bomb Look Big in This?, scripted by actor-writer Nyla Levy which brings into focus the marginalised female Muslim voice. Produced by the Tamasha Theatre Company (not to be confused with the Mumbai-based outfit), the play emerged out of research workshops with school-children, and interviews with Muslim community leaders as well as terrorism defence solicitor Tasnime Akunjee. The play deals with two London-based friends Aisha and Yasmin. The latter decamps to Syria, which leads Aisha on a personal mission. It is certainly a premise full of possibilities.

Right after the launch of a simmering poster of Akshay Kumar’s upcoming Bachchan Pandey, the film’s clash with perfectionist Aamir Khan-starrer Lal Singh Chadha has been confirmed. Bachchan Pandey is being reported to be a remake of the Tamil film Veeram that released in 2014, starring Ajith Kumar and Tamannaah. It was directed by ‘Siruthai’ […]

The Fire Emblem series is one of the finest turn-based strategy games. For ages, it has been living on Nintendo’s 3DS handhelds. For the first time in 12 years, the series is coming to Nintendo Switch, a hybrid console. Fire Emblem can now be experienced in your living room and on the go. The latest […]