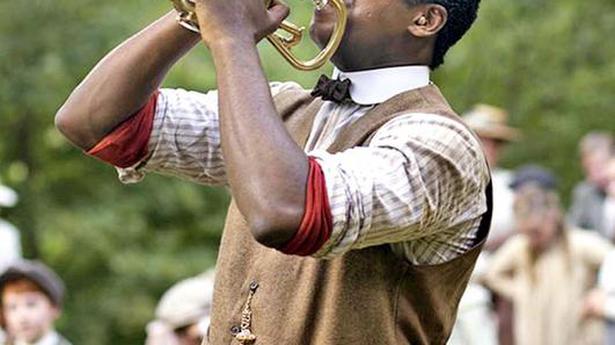 Sometimes, the best music can go unheard. A recent example is the soundtrack of Dan Pritzker’s film Bolden, which a biopic of legendary jazz cornettist Buddy Bolden. The movie was released in the US on May 3, but sadly hasn’t found its way to Indian theatres as yet. Though there is a small interest in watching Gary Carr’s lead performance through downloads, it is restricted to the older generation of serious jazz fans.

The music is, of course, the film’s highlight. And credit for that must go to American trumpeter Wynton Marsalis, who has composed and arranged the score. Interestingly, since Bolden never left behind any recordings, Marsalis had to depend on versions played by musicians who came in later, besides dropping in a few Louis Armstrong pieces and standards.

Musicologists have often described Bolden as the father of jazz. Back in the early 1900s, he blended old-style blues, ragtime and gospel to create a new sound, which later evolved into the jazz we know. His successors included King Oliver, Jelly Roll Morton, Johnny Dodds, Kid Ory and Armstrong. However, Bolden suffered from schizophrenia, and had to be confined in an institution after the age of 30, until he died in 1931 at 54.

Marsalis’ biggest challenge, obviously, was to create music of a man who he never heard himself, and yet make it sound as though it was actually composed by Bolden. And yes, he has done a phenomenal job, using the cornet (a mellower form of the trumpet), clarinet, trombone and saxophone, and embellishing them with later instruments like the guitar and bass. There are a few vocal numbers too, and one is left bathing in the waters of old school, brass-heavy jazz.

The soundtrack has 26 pieces, which may seem a bit long for a section of listeners. But tunes like ‘Come On Children’, ‘Make Me A Pallet On The Floor’, ‘Timelessness’, ‘Russian Lullaby’, ‘Dinah’ and ‘Funky Butt’ all have a charm of their own. All through, Marsalis gives us a masterclass on how to arrange music. Bolden ranks among the best jazz biopic soundtracks ever. The genre has been used often in Hollywood cinema, though not as regularly as rock or pop, which make it to many popular original soundtracks (OSTs). In fact, a lot of background scores have heavy jazz and western classical influences.

Among the films released in the past five years or so, Whiplash (2014) has a fascinating score by Justin Hurwitz. This year’s Oscar winner for best movie, Green Book was based on the life of American classical and jazz pianist Don Shirley, and the film’s composer Kris Powers uses many fascinating tunes from the 1950s and 1960s. Miles Ahead, the 2015 biopic of composer-trumpeter Miles Davis, with a score composed by Robert Glasper is mandatory for any jazz collection.

Some earlier films which relied on jazz were A Streetcar Named Desire (1951, music by Alex North), The Wild One (1953, Elmer Bernstein), Taxi Driver (1976, Bernard Herrman), The Last Tango In Paris (1973, Gato Barbieri), Chinatown (1974, Jerry Goldsmith), Finding Forrester (2000, Terence Blanchard) and The Man With The Golden Arm (1955, Bernstein). Must watch biopics on jazz legends, include the ones about vocalist Billie Holiday (The Lady Sings The Blues, 1972, Gil Askey and Michel LeGrand) and saxophonist Charlie Parker (Bird, 1988, Lennie Niehaus).

With 36% of its entire slate of films directed by women, it’s no surprise to find TIFF showcasing works of three women filmmakers in its pick of four Indian films — Geetu Mohandas’ Moothon, Shonali Bose’s The Sky Is Pink and Gitanjali Rao’s Bombay Rose. Ms. Bose’s film is based on the real story of […]

More than a thousand words