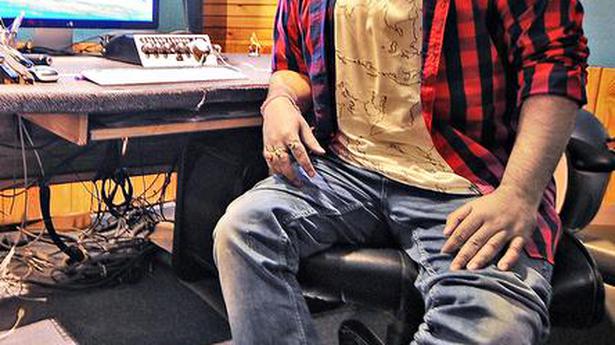 Several film watchers spent the first half of Tuesday, April 9, waiting for the release of ‘Tabaah Ho Gaye’, the latest song from director Abhishek Verman’s forthcoming period film Kalank. After all, it was a dance number picturised on Madhuri Dixit, in the role of Bahaar Begum, and sung by Shreya Ghoshal.

Co-producer Karan Johar had earlier released three songs, composed by Pritam and written by Amitabh Bhattacharya. Considering Dixit’s mass appeal, this was indeed a smart marketing move, creating some hype just before the film’s release. The announcement was followed by a media interaction round by Dixit, before the song was actually put out. The staggered release of Kalank’s soundtrack demonstrates how the marketing of film music has changed in the era of YouTube and online streaming. Today, with many listeners accessing music online, it makes sense to put out songs in phases or as singles, as against the earlier practice of releasing the entire album in one go. Who knows, more Kalank songs may be in store.

For Pritam, the film comes at a crucial time, as his last release was Raabta in 2017. Moreover, other period films like Kesari (various composers) and Manikarnika: The Queen Of Jhansi (Shankar-Ehsaan-Loy) have been released in the recent past. Clearly then, there will be pressure to produce an album that stands out. Over the past 15 years, Pritam’s own career has had its ups and downs. Often accused of plagiarising lesser-known Arabic, African and Oriental tunes, he’s also had some big hits in the past Dhoom (2004), Gangster (2006), Jab We Met (2007), Barfi! (2012), Cocktail (2012), Ae Dil Hai Mushkil (2016) and Jagga Jasoos (2017).

Musically, Kalank is one of the better soundtracks to have been released in the past couple of years, despite a few instances of deja vu. ‘Ghar More Pardesiya’, sung by Ghoshal with Vaishali Mhade, has been picturised exquisitely on Alia Bhatt, Varun Dhawan and Dixit. ‘First Class’, by Arijit Singh and Neeti Mohan, is based on a folk tune and is catchy enough to attract the masses. Though Singh’s title tune has been well-orchestrated, one is also reminded of Ajit Singh’s ‘Woh Beete Din Yaad Hai’ from the 1984 movie Purana Mandir. As for the Kalank theme, haven’t we heard it in The Flash teleserial?

On ‘Tabaah Ho Gaye’, a simple melody line is aided by stylish choreography (Saroj Khan and Remo D’Souza), vibrant rhythms and catchy chorus lines, though Bhattacharya’s lyrics sound too ordinary (“Ke tumse judaa ho ke hum, tabaah ho gaye”). Yet, the good thing about these songs is that they focus on acoustic instruments, including the sitar, sarod, mandolin and tabla, besides large string sections.

Despite the Devdas/ Sanjay Leela Bhansali hangover, Kalank is definitely a feather in Pritam’s cap. Most important, it is a welcome development at a time when most of what we hear is clearly sub-standard. It’s enough to make you, want to watch the film.

‘Depression is something that nobody wants to talk about’

If one were to go by the catchy social media campaign being run by Q Theatre Productions (QTP) for their new outing Every Brilliant Thing, one would perhaps not be mistaken into thinking a rollicking fun evening was in store for audiences. Both director Quasar Thakore Padamsee and performer Vivek Madan — it’s an intrepid […]

A rapper from many homes

The video of PAV4N’s (aka Pavan Mukhi) first solo, ‘KARMA’, begins with a serene image. A foggy, wide shot of a boat setting sail on still water. Following the visuals of a woman and a South Indian temple, we get a glimpse of PAV4N. Just the lower half of his face. But it is intriguing. […]

Lady Gaga will play the wife of a murdered heir to the Gucci fashion dynasty in her next film, Hollywood media reported on Friday. Gaga, whose first lead movie role in A Star is Born last year was critically acclaimed, will play Patrizia Reggiani, who served 18 years in an Italian prison for orchestrating the […]