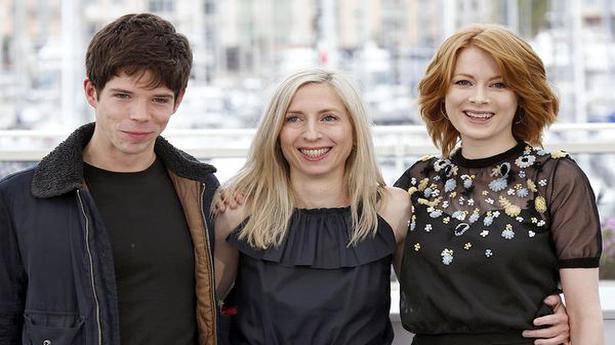 For a festival that kicked off with a zombie film, Cannes this year has had a fair share of the bizarre titles. Nothing unusual considering when it comes to cinema, it’s traditionally known for courting the outlandish with as much passion as the classical.

Take Jessica Hausner’s Palme D’Or contender Little Joe, a sci-fi fantasy about Alice, a plant breeder who is developing a new breed of mood uplifting, anti-depressant plant. It releases oxytocin if it’s taken care of and loved like a child and protected, watered, talked to and touched. Problem comes in because in the bid to control everything about it, the plant has been turned sterile. If reproduction gives meaning to life, how will the plant derive its self worth? Lot happens from here on — people change on getting infected by pollens; are no longer their real selves. They don’t care about anyone else other than the plant. Some R Virus mutation has a pathogenic effect. A new spin on the Frankenstein tale, the film has this cold, eerie air about it. Plants in the lab look sufficiently creepy but peters off as it ambles slowly towards the end. Promises much, delivers little.

Corneliu Porumboiu’s La Gomera (The Whistlers) also rests on a rather surreal premise — a cop learns a whistling language to communicate with the mobs to get a businessman, Zsolt, out of the prison. It’s stylish, smart to begin with but gradually gets bogged down by the twists and turns. Also, too slight to be in competition.

The one baffling film I am still wrapping my head around is Gaspar Noe’s Lux Aeternia that the synopsis describes it as “a vibrant essay on respect for beliefs, the actor’s craft and the art of filmmaking”. A mockumentary set on a film set where things are going wrong. It plays out as this year’s answer to Jean-Luc Godard’s Image Book last year; just as abstruse. With its melange of images playing out on split screen and light effects that could lead to seizures, it talks about women being burnt at stake, sexocide and genocide with Charlotte Gainsbourg and Beatrice Dalle involved in small talk on the location of an exploitation horror film. Ms. Noe makes comments like “most filmmakers are like living dead and their films are like them” and “the filmmaker is the man who must leave his signature on the film”.

Ms. Dalle is superb talking her career as an actor with Ms. Gainsbourg.

Ustad Amajd Ali Khan, sarod maestro, tells us what kind of music he is listening to during lockdown Source Related

Entertaining with a touch of déjà vu

As I listen to Badla’s soundtrack, a musical duo that that I sorely miss these days keeps popping up in my head – Vishal-Shekhar. The composing duo who were an integral part of Sujoy Ghosh’s directorial journey (one that has always given great importance to music) that began with that memorable tribute to the “boss” […]

A scheduled 30-minute appointment at the Oberoi hotel in south Mumbai turned into a four-hour discussion, recalls Anupam Kher, describing his first meeting with Anthony Maras, the Australian director of Hotel Mumbai which releases in India today. “It is important to be part of films that reflect the state of affairs of a country; 26/11 […]