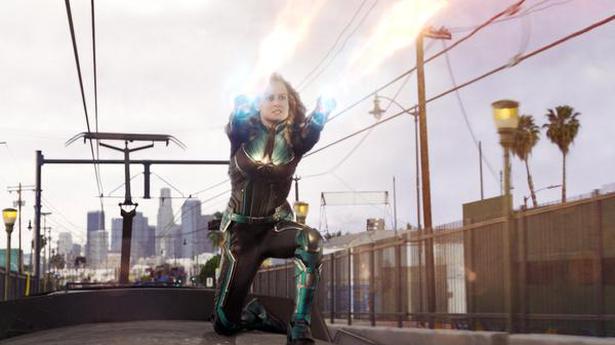 Marvel Studios’ first woman-fronted film “Captain Marvel” is off to a solid start thanks to a $455 million gross at the global box office in the opening weekend.
In the US, “Captain Marvel,” launched with $ 153 million, the seventh best of any in the 21-film old Marvel Cinematic Universe franchise.
The film is also the second-highest domestic opening weekend for a solo Marvel Cinematic Universe character debut, behind only last year’s “Black Panther“.

‘Tao is our canvas’

Tao Art Gallery opened in 2000 but its seed had been sown almost a decade earlier. The 1992-93 Mumbai riots had spurred many artists to pour their angst on canvas. Among them was MF Husain, who was painting at Marine Drive. Collector and self-taught artist Kalpana Shah accompanied by her friend and art patron Sangita […]

Quiz: Malayalam cinema and location as a motif

‘He was never afraid of failing’: Filmmaker Karan Johar on Yash Chopra

He settled into love [stories] much later in his career, says Karan Johar in a discussion on Yash Chopra on the Hindu Weekend’s Instagram Live series #DirectorsOnDirectors Source Related