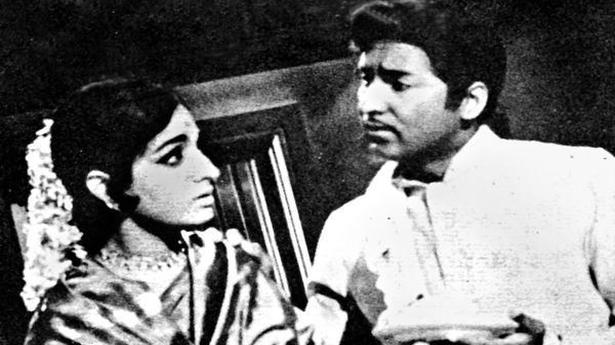 Well-executed screen stories on brother-sister bonding were always a great hit with the audience right from the N T Ramarao era (Rakthasambandham,1962) to his namesake grandson’s times (Rakhi 2006). Almost every popular lead actor from A. Nageswara Rao (Bangaru Gajulu, 1968) to Chiranjeevi (Hitler, 1997), Mahesh Babu (Arjun, 2004), Pawan Kalyan (Annavaram, 2006) and Rajasekhar (Gorintaku, 2008) played the adoring elder brother and won the viewers hearts with their sensitive portrayals. In short, the sibling sentiment has become part of a success formula in contemporary Telugu celluloid themes. And the latest example was the Naga Sourya starrer, Aswathama.

When veteran actor Mannava Balaiah ventured into film production by launching Amritha Films, he chose to follow this sibling sentiment formula for his maiden production. Interestingly, Balaiah has written a short novel titled Nalupu – Thelupu on the theme, during his student days which was published in the fortnightly magazine ‘Tufan’ brought out by Lakshmi Narayana from Madras. Balaiah added a few characters and scenes to the novel and gave it to K.Viswanath to write the screenplay and direct the movie with the title, Chelleli Kapuram.

Ramu’s (played by Sobhan Babu) life revolves around writing poetry and his sister Sita (Manimala). Ramu’s paternal uncle (Rao Gopala Rao) chides him for neglecting to perform Sita’s marriage. In order to raise money for her wedding, Ramu goes to the city to sell his poetry to publishers but meets with no success. He meets his childhood friend Sri Ram (Nagabhushanam). The worldly wise Sri Ram markets Ramu’s poetry to a publisher (Chaya Devi) who under the impression that they are his works, publishes them in Sri Ram’s name. Instead of getting upset, Ramu expresses happiness that his writings are finally in print and are lauded. Ramu performs the marriage of his sister with Sri Ram. During their stay in a hotel, Sri Ram suspects Sita of infidelity leading to her angst.

Meanwhile, a diehard fan of ‘Sri Ram’s poetry (actually written by Ramu), Radha (Vanisri), a college student from Vizag, regularly writes letters to him and even vows to marry him. While replying to her letters, Ramu too falls in love with her. Radha meets Sri Ram under the impression that he is the real author. However, she soon discovers that Ramu is the real poet. The truth is established. Sri Ram realises his folly and unites with Sita. Ramu marries Radha.

K. Viswanath’s forte was the ability to extract a subtle display of emotions from his actors, even in highly charged scenes. Not a single frame in such sequences went overboard, speaking volumes for the sound engineer-turned emerging filmmaker’s proficiency. He was ably supported by the dialogue writer Gollapudi Maruthi Rao, cinematographer S.S. Lal and editor Veerappa.

It was the time when Sobhan Babu was experimenting with his on screen roles. After playing the old man in Tahsildar Gari Ammayi, he took up the deglamorised character of the dark-skinned Ramu in Chelleli Kapuram. He came up trumps with his subtle but effective portrayal as the passionate poet who remains incognito and as the doting brother.

Though a little bit of negative shades were added to his character towards the second half of the movie, by and large Nagabhushanam in a positive role as Sri Ram, scores. Manimala as Shoban Babu’s sister, Vanisri as his fan-turned-love interest played their characters well.

Nirmala acted as the hero’s aunt and Allu Ramalingaiah and Chaya Devi as the book publishers. Sathyanarayana played Raghavaiah, the moneylender who unwittingly was the cause for Sita’s plight. Chandramohan makes a cameo appearance in a stage drama as Lord Krishna. Sandhyarani and K.V. Chalam filled in the light banter.

K.V. Mahadevan’s music compositions made a large contribution for the film’s success. Though all the songs from the album were a hit, the chartbusters among them were ‘Charana kinkinulu ghallu ghallumana’ and ‘Kanula mundu neevunte kavitha pongi paaradaa’ written by C. Narayana Reddy and rendered by P. Susheela and S.P. Balasubrahmanyam.

Manimala debuted in a small role in the ANR starrer, Kulagothralu (1962) and the next year in Tamil with the MGR starrer, Periya Idathu Penn and played the heroine in Modern Theatres, Vallavanukku Vallavan. A popular actress in Tamil, Manimala played Suhasini’s mother in K. Balachander’s 1985 classic Sindhubhairavi. She had also acted in Malayalam and Kannada movies besides a few Telugu films. Manimala was an accomplished classical dancer and toured United Kingdom. Manimala married veteran Tamil comedy actor ‘Venniradai’ Murthy.

Soon after working for Chelleli Kapuram, the film’s production controller Kesana Jayaram turned producer and made Marapurani Thalli (1972) with which D.S. Prakasa Rao debuted as a director. D.S. started his career in films as an apprentice under Vittalacharya and then worked as an assistant director for such names as – P. Pullaiah, V. Madhusudana Rao and Bapu. Prior to entering films, D.S. Prakasa Rao ran a fancy shop in Ponnur in Guntur District.

Produced by B. Krishnaswamy and A. Suryanarayana with M. Balaiah as the presenter, Chelleli Kapuram hit the screens on November 27, 1971 and met with box office success.

The decision to quit a lucrative corporate job to pursue his passion for dhrupad was a natural and intuitive leap for Sumeet Anand. It was also the beginning of a long and challenging haul to re-establish a musical tradition that is far from ‘popular’ and has remarkably few avenues for economic sustenance. As a classical […]