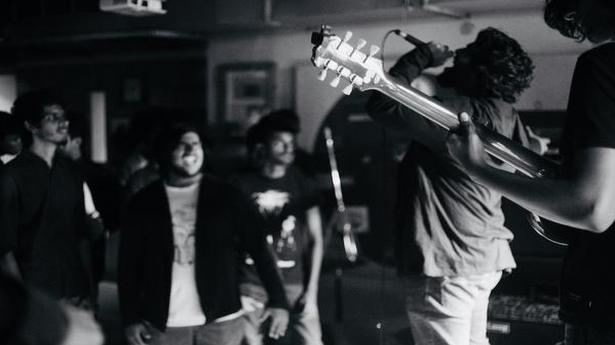 What do playback singer Benny Dayal and flautist Naveen Kumar have in common? Back in their college days in Chennai, both had been winners — in different categories, of course — of city-based Unwind Centre’s Underground — The Last Band Standing contest.

The annual contest, the first edition of which was held in 2001, invites talent in a number of categories: solo singing, rock and metal, light music, acoustic and acapella, and beatboxing. And this year, the underground event has reintroduced DJ battles as well, after a hiatus. The event is being held on August 22, 23 and 24 at Unwind Center, Adyar. Registrations close on August 18.

“Benny Dayal had participated in the light music category from Madras Christian College, and Naveen was participating from Hindustan College. But they are not the only ones that went really big. Many others among our winners are also contributing to the music industry currently,” says Edison Prithviraj, director of Unwind Center. And the intent behind the event is just that: to bring budding, hidden musical talents in the city a step closer to the recognition they deserve. So it is open to college students as well as working professionals. To solo acts, duos, trios, quartets, quintets and bands.

But the contest isn’t just about ‘exposure’. There are prizes worth ₹1.5 lakhs at stake. More interestingly, the winner will also get to record a single of their choice, live, as well as a video fully produced at Unwind Center. “We are tying up with Aussie Groups, Pro Musicals and Niranjan Electronics for the prizes,” says Arjun Madhavan, in charge of business development marketing at Unwind/Exodus, and one of the organisers of the event.

The registration fee is ₹300 for all categories except the DJ battle, for which it is ₹1,000 per participant. Needless to say, a separate panel of judges will be deciding the winners in each category, and the rules will differ in each as well.

The ‘Friends’ Reunion: Things on our wishlist for Rachel, Monica, Phoebe, Joey, Chandler and Ross

The Friends reunion is happening, and we can’t keep still. Fans all over the world, across generations, woke up to the news, and social media is full of posts speculating what the special episode to be aired on HBO Max will be all about. The reunion will be unscripted, and is set to feature the […]

The Sky is Pink: a hummable soundtrack

There have been an interesting recurrence of curious phrases across Gulzar songs in recent times. The phrases sound curious, to me since those songs have been my introduction to the particular phrase. For example, there was ‘udan khatola’ that appeared in OK Jaanu (‘Sunn Bhavara’) and Rangoon(‘Mere Miyan Gaye England’), ‘good man di laltain’ across […]

Emmy winner Adam Schlesinger, best known as the co-founder of the 2000s pop-rock band Fountains of Wayne, has succumbed to coronavirus complications. He was 52. The composer was admitted to hospital after testing positive for COVID-19 infection and was on ventilator. Schlesinger passed away on Wednesday morning, The Hollywood Reporter has confirmed with Schlesinger’s lawyer. […]