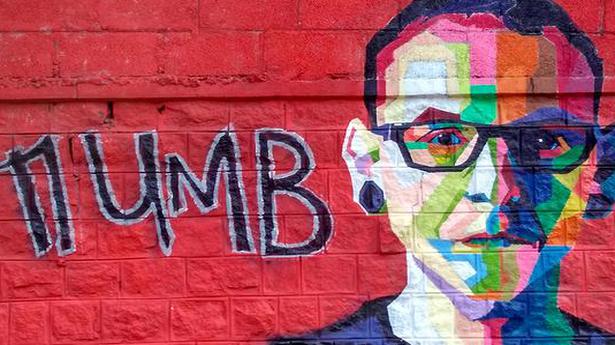 “My father lived with depression for 12-13 years, he’d become passive aggressive when we tried to talk about it. So when Chester sang how he did, I could relate.”

“I was always bad at Maths in school. I had failed an exam and started questioning why I was that way. That’s when my father introduced me to Linkin Park, and made me listen to ‘Given Up’, thinking I would find a vent.”

“When I was in Class XI, one of my closest friends passed away. I had a nervous breakdown and couldn’t talk to anyone. I started listening to Linkin Park again then.”

On a breezy Sunday evening, a group of young adults gathered at Mash, Besant Nagar, to share what Chester Bennington meant to them. Two years after the frontman and lead singer of Linkin Park passed away, Chennai’s fanbase is here to commemorate his life, days after his birthday on March 20, with cake, candles and a screaming rendition of ‘Breaking The Habit’.

The group is diverse: from 19-year-old students to people in their late twenties, budding musicians and metal-heads to people who have no particular interest in any genre. Some friends, most strangers, all united by their love for one man. In a circle, each introduces himself and recounts why he started listening to Linkin Park, how he could relate to it, and what his loss meant to him.

We also talk about all things early 2000s: our first Sony Ericsson and Nokia phones, CDs, exchanging songs through Bluetooth… The times spent discovering new tunes at Music World, the erstwhile store at Spencer’s, or glued to SS music channel.

And we discuss mental health. One expresses regret at failing to recognise Chester’s depression despite the singer’s heartfelt songs helping him through bad times. Yet another feels guilty for not having stuck to the band through its ‘experimental’ phase, once its sound shifted from their debut Hybrid Theory, and follow-up, Meteora days.

However, the one sentiment that echoes again and again is: “When great musicians pass away, we feel like we have lost a legend. But with Chester, the loss felt more personal than that.”

‘A Beautiful Day in the Neighborhood’ movie review: A magical Tom Hanks in a much-needed film

Piracy has once again raised its ugly head in Kannada cinema. Recently the Karnataka police arrested a mobile shop proprietor “for selling a pirated clip of the blockbuster Pailwan, starring Sudeep and Suniel Shetty. The arrest was followed by a complaint filed by the producer-director of the film, S Krishna. According to the police, “the […]

‘I have lost several years as a filmmaker’: Vinayan

Director Vinayan has had a reputation of being a rebel for long. From being at the helm of an organisation comprising technicians in the Malayalam film industry, he became persona non grata on account of certain issues and power struggles within the industry almost a decade ago. Since then, as a filmmaker, it has been […]