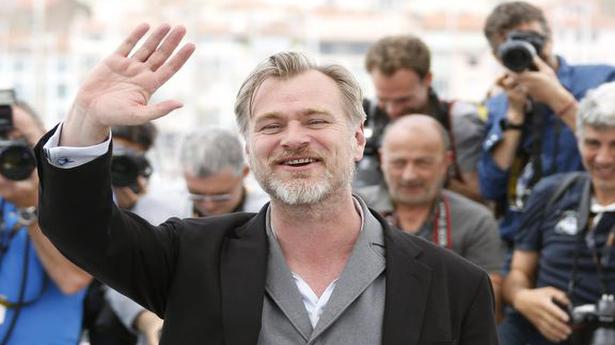 Last week, Warner Bros had announced that it will be releasing its entire slate of films for the year 2021 both theatrically and on HBO Max

In a stinging critique of Warner Bros over the plan to release to its films both theatrically and on HBO Max, filmmaker Christopher Nolan said the studio’s decision is motivated by its quest to save the “fledgling streaming service“.

Last week, Warner Bros had announced that it will be releasing its entire slate of films for the year 2021 both theatrically and on HBO Max.

Among the films that are set to be available both theatrically and on HBO Max are big-budget tentpoles such as Denis Villeneuve“s “Dune”, “The Suicide Squad”, monster movie “Godzilla vs Kong”, and Keanu Reeves-starrer “The Matrix 4“.

During an interview with Entertainment Tonight, Nolan said he is in “disbelief” over the studio’s decision.

The 50-year-old filmmaker called the Warner Bros’ plan a “real bait and switch“.

“It’s sort of not how you treat filmmakers and stars and people who, these guys have given a lot for these projects. They deserved to be consulted and spoken to about what was going to happen to their work,” he added.

Nolan has a long-standing partnership with Warner Bros, dating back to 2002 when he released his third directorial “Insomnia” with the studios.

Since then, the filmmaker has made his critically-acclaimed features such as “The Dark Knight” trilogy, “Inception”, “Interstellar”, “Dunkirk” and most recently “Tenet” with the studio.

In a separate statement to The Hollywood Reporter, Nolan decided to double down on his criticism as he labelled HBO Max the “worst streaming service” and studio is “dismantling” the theatrical experience.

“Warner Bros. had an incredible machine for getting a filmmaker’s work out everywhere, both in theatres and in the home, and they are dismantling it as we speak. They don’t even understand what they’re losing. Their decision makes no economic sense, and even the most casual Wall Street investor can see the difference between disruption and dysfunction,” he added.

Representatives for Warner Bros. and HBO Max are yet to comment on Nolan’s remarks.

The studio’s announcement came weeks days after it decided that Gal Gadot-starrer “Wonder Woman 1984”, a sequel to 2017 blockbuster “Wonder Woman”, will debut on HBO Max as well as movie theatres on Christmas.

Like “Wonder Woman 1984”, the 17 films that Warner Bros plans to release in 2021 will be available to HBO Max subscribers for 31 days. After the one-month mark, the films will only play in theatres.

At the time, Ann Sarnoff, Chair and CEO of WarnerMedia Studios and Networks Group, which includes Warner Bros. Pictures, had termed the company’s hybrid model as a “unique one-year plan“.

“With this unique one-year plan, we can support our partners in exhibition with a steady pipeline of world-class films, while also giving moviegoers who may not have access to theatres or aren’t quite ready to go back to the movies the chance to see our amazing 2021 films,” Sarnoff had said.

‘Bulbbul’ movie review: Strikes at the putrid core of patriarchy

Director Anvita Dutt mixes the feudal with the supernatural, the spooky, the mythological and the fable-esque in a thoughtful, moving and engaging manner Source Related

Priyanka Arul Mohan on her debut in Nani’s ‘Gang Leader’

Doe-eyed Priyanka Arul Mohan is all excited that her debut film in Telugu releases in a few weeks. She remembers, even as a child, admiring film stars and toying with the idea of being one. But it remained just a thought as none in her family was remotely connected to the film industry. She shares, […]