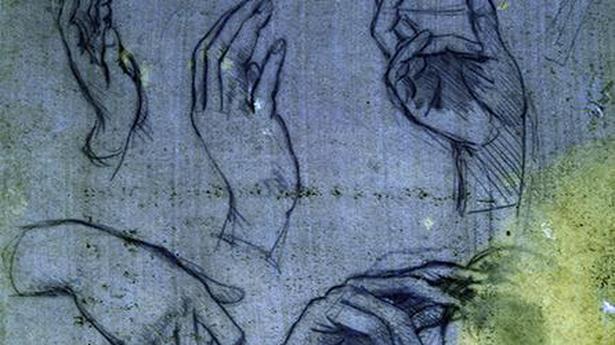 A 500-year-old sketch of a bearded man was on Thursday revealed to be one of only two surviving portraits of Renaissance artist Leonardo da Vinci that were made during his lifetime.

The drawing, believed to have been made by an assistant, is part of the Royal Collection of U.K. and will be displayed in an exhibition at Buckingham Palace marking 500 years since Leonardo’s death.

It was a quick sketch on a double-sided sheet of studies, most of them made by the Florentine master himself of a horse’s leg, in anticipation of a monument that was never completed.

Martin Clayton, head of prints and drawings at the Royal Collection Trust, compared it with the only other contemporary image of Leonardo by his pupil, Francesco Melzi.

Both were produced shortly before the artist’s death in 1519, and reveal his well-kept and “luxuriant” beard that was relatively rare at the time, Mr. Clayton said.

“The elegant straight nose, the line of the beard rising diagonally up the cheek to the ear, a ringlet falling from the moustache at the corner of the mouth and the long wavy hair are all exactly as Melzi showed them in his portrait,” he said.

He added: “Alongside Melzi’s portrait, this is the only other contemporary likeness of Leonardo. “In the sketch, he is aged about 65 and appears a little melancholy and world-weary.

“However, the presence of the portrait alongside studies for another grand equestrian monument shows that Leonardo’s ambitions remained undimmed in later life.”

Both portraits will be displayed alongside 200 drawings by the artist in “Leonardo da Vinci: A Life in Drawing”, which opens on May 24.

It will also see the first public outing for Leonardo’s Studies of hands for the Adoration of the Magi, which only emerged from what seemed to be a blank piece of paper under ultraviolet light.

The Royal Collection drawings have been kept as a group since the artist’s death and were probably acquired during the 17th century reign of England’s King Charles II.

A lock of what some historians think is Leonardo da Vinci’s hair went on display Thursday at a museum in his Tuscan birthplace as they seek to prove it contains his DNA 500 years after the genius died. Art historian Alessandro Vezzosi said a DNA study would be conducted on the hair.

Methinks Game of Thrones has done enough with the theme of irrational, unbridled, senseless, arbitrary carnage. As exploring themes go, they’ve explored this one quite threadbare. After a point, terror-stricken screams, blood-curdling screeches, and roars of brutality can tend to become a little drab. On-screen chaos is very effective at keeping viewers clutching their pillows […]

Lucidity is an aspect one wouldn’t attribute to Andal’s Thiruppavai, the Tamil devotional poem comprising 30 pasurams (stanzas), religiously sung by devotees during the month of Margasira. While several devotees prefer to recite the Thiruppavai in its original form with all its complexity, several efforts have been made by vernacular language writers to convey the […]