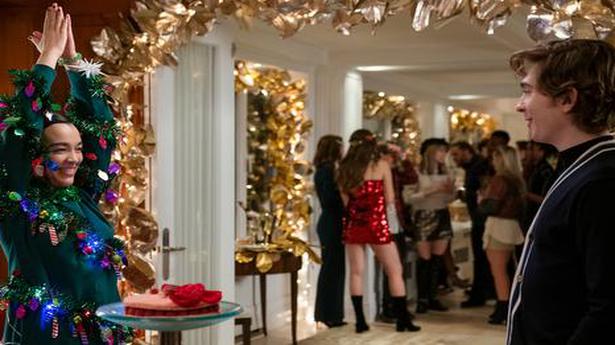 The show doesn’t just manage to incorporate all the quintessential holiday romcom tropes, but chooses to go beyond them, with some excellent writing that doesn’t infantilise its leads

Tis’ the season… to be bombarded with holiday films. True to the genre, these films and shows have carols almost constantly playing in the background, snowflakes gently falling, Christmas decorations that light up the screen, and of course, the quintessential lead couple that either fight over or are united by what the holidays mean to them.

Dash & Lily doesn’t just manage to incorporate all these tropes, but chooses to go beyond them. The eight-episode show based on the book Dash & Lily’s Book of Dares by David Levithan and Rachel Cohn, follows a cynical, holiday season-hating Dash (Austin Abrams) and the effervescent, Christmas-lover Lily (Midori Francis) as they trade messages and dares through a red notebook that they pass back and forth —by hiding them at various locations across New York.

Lily is unabashed about her love for the holidays; she actually makes a sweater decorated with tinsel and Christmas lights. Dash meanwhile, remains mostly surly about the prospect of spending Christmas in a city where every corner is a loud, colourful advertisement of everything that ticks him off. Both Francis and Abrams are perfectly cast, though Francis gets the role with more depth.

Playing a 17-year-old half-Asian teenager, Francis is excellent. Watch out for her in the scene where she breaks into a dance at a late-night Jewish punk show. Or when she speaks her mind about why it isn’t okay for boys to ‘pull our pigtails and get called cute’. Lily is someone who believes she doesn’t fit in, and choses to talk to adults over socialising with teens her age. Francis plays her role with nuance, sincerity, and brings a realness to her on-screen character that is refreshing to watch.

The writers effectively chronicle how Dash and Lily help each other become better versions of themselves. If Dash addresses and then goes on to dispute all what Lily has internalised about herself while encouraging her to step out of her comfort zone, Lily gently nudges him to appreciate the more joyous things about New York through the holiday season.

In essence, New York is the third character in their story and the pivot around which all this takes place. There’s the Strand bookstore, the decked-up homes of Dyker Heights, the gloomy weather, and the chaotic yet exciting holiday hustle and bustle.

Lily’s brother Langston (Troy Iwata) and Dash’s friend Boomer( Dante Brown) stand out, among their family and friends. While the show does veer into predictable territory with a storyline about an ex returning, the plot gets back on its feet soon enough.

The show says Lily is 17 and lets us assume that Dash can’t be more than a couple of years older. For most shows that deal with themes around loneliness, relationships and soul-searching by characters below their twenties, it is a slippery-slope. The writing here however, doesn’t infantilise its leads nor does it get overly preachy which greatly benefits the show.

For a holiday show that also has a lot of heart, Dash & Lily makes for a perfect weekend binge-watch.

With many cities worldwide under lockdown to prevent the spread of coronavirus, Netflix chief content officer Ted Sarandos has said the company has witnessed a surge in online viewership. Sarandos told Brian Stelter on CNN’s ‘Reliable Sources’ that the novel coronavirus has caused a “massive disruption” in the global entertainment industry. “It’s been a massive […]

A powerful solo can hold a song entirely on its own. For this week’s Playlist, singer Madhura Dhara Talluri, the voice behind ‘Unakaaga’ in ‘Bigil’, lists her favourite tracks that ride on the female singer’s musical prowess Source Related

How The Artist Project is supporting rural artisans during the pandemic