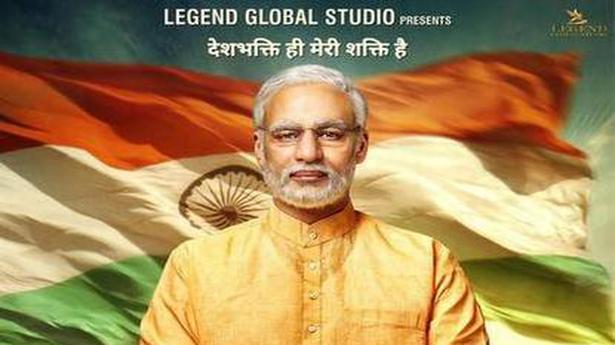 Opposition parties including the Congress, the CPI(M) and the CPI, have approached the Election Commission (EC) seeking the postponement of the release of a biopic on Prime Minister Narendra Modi until the last phase of voting on May 19 is over.

The film, PM Narendra Modi, is scheduled to be released across the country in early April, close to the first phase voting beginning April 11. The film features actor Vivek Oberoi as Mr. Modi and chronicles the life of the Prime Minister.

Opposition parties have termed the release of the film a violation of the model code of conduct, and said it will influence voters.

“It is a very serious matter of directly and shamelessly circumventing the law by doing direct advertising in contravention of the Representation of the People’s Act, Cable TV Networks Act and EC circulars,” Congress spokesperson Abhishek Singhvi told The Hindu.

A separate delegation of Left leaders including CPI leader D. Raja and CPI (M) leader Nilotpal Basu made a representation to the Election Commission.

Bh S S Prakash Reddy of Hyderabad Film Club (HFC) does not remember when he last attended any function in the family. “My relatives keep complaining about it,” smiles the 69-year-old. At the film club’s office in Sri Sarathi Studios, Ameerpet, Prakash Reddy walks in with a file of papers documenting achievements of the club. […]

‘Hoop Nation’: This is how basketball unites these Indians

Who doesn’t love an underdog? Sporting history is dotted with numerous examples of unthinkable come-from-behind victories, where grit drops one over might. Like Kansas City Chiefs overcoming a 10 point deficit in the fourth quarter to down the San Francisco 49ers in the Super Bowl, or the Premier League football club Liverpool FC standing poised […]

Maradu demolition: How the saga unfolded over 13 years

The Maradu demolition saga began 13 years ago when the Maradu panchayat issued show cause notices to five builders including H2O Holy Faith, Alfa Serene, Golden Kayaloram and Jain Coral Cove for violating the Coastal Regulation Zone norms, Floor Area Ration and other building rules. One builder chose not to construct the apartment after the […]