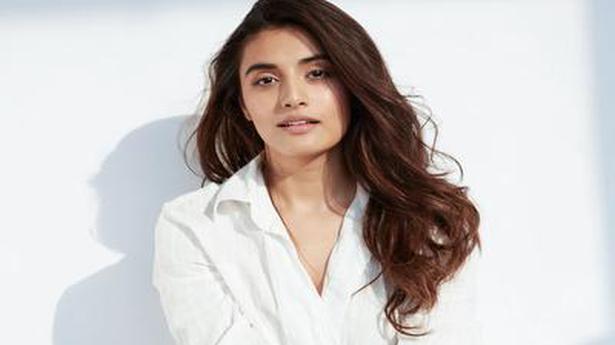 Delhi girl Divyansha Kaushik makes for an interesting conversationalist. She is plain speaking, honest and like any other actor who is waiting for a meaty role to show the world she is not mere eye candy.

Divyanka makes her debut in Telugu and Tamil cinema simultaneously. She is one of the leading ladies (alongside Samantha) for Naga Chaitanya in her Telugu film Majili directed by Siva Nirvana. Her Tamil film is with Siddharth.

In Majili, she plays Naga Chaitanya’s childhood love interest. She elaborates, “There are tense and fun scenes I have done; the song, montages etc will have an impact. I am Anshu in the film, there is a funny story as to how I got the name. The first time when I met Naga Chaitanya, I said ‘I am Divyansha’ and he immediately picked the last part and made it into Anshu. At home people call me Annie. My mom is Anu and dad is Ashwini, so I am a combination of both their names.”

Divyansha wanted to be an actor ever since she saw Kareena as Poo in Kabhi Khushi Kabhi Gham and her interest shifted to being an editor of the Vogue magazine. Since her mother Anju Kaushik is an established make-up artiste in Delhi, she considered becoming a make-up artiste and a beauty editor; she even took up studies in make up in London and fashion and media communications in Delhi.

Divyansha recalls, “I was going to editorial shoots with my mom and there, people would tell her I should take a shot at acting. Had this suggestion come earlier, my life would be different. I was at a boarding school in Mussorie and had put on 20 kilos, so I thought I am not cut out to be an actor. At school I was always into debates, dramatics but never took acting that seriously. Compliments of me being pretty reduced when I put on weight and I went back to thinking make-up is the field I should be in. Mom had a farm house in Delhi, which had a spa and salon, so that was easy.”

When her mother asked Rani Mukherjee, while working with her for Hichki, if her daughter was cut out for movies, Rani suggested Divyansha should try it out at least for sometime. Things moved fast then on.

She worked as an intern in Yash Raj films, where she learnt about casting and filmmaking process. She lost weight and got her first portfolio shot. The journey had begun. She got noticed after her first commercial, that’s how she got her South movies.

Besides, she is a foodie. She shares, “I am always on Zomato; either eating or just looking, hoping to eat. In Delhi, the food is so good, you can’t resist. In Hyderabad the first thing I order at lunch is biryani and salan. I am aware that as an actor I can’t indulge.”

With the lifting of the lockdown, the actor who played the leading lady in ‘Dinga’, is busy with roles on the small and big screen Source Related

Rajinikanth’s new look from his upcoming film ‘Darbar’ features the Superstar in a completely new avatar, that is exciting fans of the actor-politician. Wearing a vest, the 68-year-old shows off his toned arms in a vest in the middle of a work-out session (or is he preparing to throw the barbell at someone in an […]

‘Widow of Silence’ movie review: A quiet but telling portrait of a half-widow

Praveen Morchhale’s film contrasts the visual beauty of the Kashmir Valley with the conflicts, evoking a feeling of angst in ‘normalcy’ Source Related