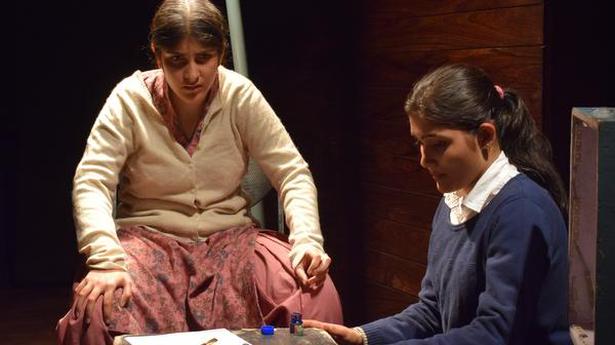 Two initiatives related to youth theatre that began in 2007, and are still going strong, will have showcases in the city over the next few days. Thespo at Prithvi (TAP) takes the infectious vibe of the eponymous festival and stretches it beyond just one week in December. For two days a month, plays staged at Thespo are given an extended lease of life on the coveted Prithvi stage. Even plays that didn’t make the cut at the festival are occasionally hand-picked for a TAP showing. The stagings are accompanied by workshops and a taste of the characteristic fanfare one might associate with Thespo. The other initiate is Atelier’s Campus Theatre Festival (ACT) from New Delhi, which is doing a victory march of sorts in its 11th season, with a first-ever five-city tour flagged off in late February that brings them to Mumbai this weekend for a finale.

December saw the release of the first edition of Thespo Writes, a multi-lingual compilation of four original plays that premiered at the festival since its inception in 1998, as selected by playwrights Ramu Ramanathan and Irawati Karnik, from more than 55 plays. In my foreword for the volume, I wrote, “Thespo has, over the years, revealed itself as a microcosm of the active ferment of youth theatre in India. From humble beginnings, it has acquired a pan-national standing against the backdrop of a decidedly urban thriving collegiate theatre circuit. From the liberal arts ethos of Delhi University’s drama societies to the frenetic inter-college competitions of Pune to the effulgent cultural festivals of BITS Pilani and IIT Powai, youth theatre has not been without its platforms, but it is often a rambunctious parallel culture unto itself, only tenuously linked to the professional stage. Thespo, run by the youth under the guidance of actual practitioners, presents a roadmap to those invested in a future career in the performing arts.”

Included in this anthology is Virajas Kulkarni and Shivraj Waichal’s Hindi play, Bhanvar, to be staged on Wednesday as part of TAP. It is a work with a dynamic world-view that was engendered in the Pune youth theatre eco-system. The gaze of a watchman (so topical these days) in a remote factory outpost reveals the sinister goings-on that have much wider implications than meets the eye. Waichal, an actor with a youthful gravitas, doubles up as the protagonist in what is a one-man excursion into a contemporary (and eerily familiar) dystopia. Tuesday’s staging will be that of another play written by two writers working in tandem — Atul Somkuwar and Vaishnavi Karmarkar’s Trikon Ka Chautha Kon? This play, directed by Somkuwar, takes on another hot potato — a bestselling writer is accused of plagiarising his latest book, with two other writers legitimately staking claim on the same story.

Performing in two venues alternately over the weekend will be ACT’s Simurgh and Echoes on the Shore. The former is a presentation by Verbum, the English Dramatics Society of Sri Venkateswara College. Directed by Nakita Niyogi, Simurgh (a phoenix-like bird from Iranian mythology) has a sufficiently dramatic premise. The blurb reads, “At what could be their last meal together, a family of four grapples with sordid secrets that haunt their past and plague their present. As arguments ensue, their bonds of blood and community are tested.” The writer remains uncredited, which hints at either the production being completely devised or an unlicensed adaptation (a frequent enough occurrence).

The matter of ambiguous crediting is something that theatre groups in the country (even at college-level) must begin to address on a war footing. Echoes on the Shore is by the Atelier Campus Theatre Collective, and is based on Paloma Pedrero’s acclaimed Spanish drama Ana 3/11. The original was set during the 2004 Madrid terrorist attacks — this milieu is trans-located to the Mumbai of 26/11.

Details for all plays to be found on bookmyshow.com

In 1969, a 23-year old Nalini Malani produced her first animation film Dream Houses at Akbar Padamsee’s Vision Exchange Workshop in Mumbai. Inspired by architect Charles Correa’s utopian vision for the city, the film reflected the optimism that modernism brought in the Nehruvian era. It was in the same year, that the Goethe Institut/Max Mueller […]

Robert De Niro, considered one of the finest motion picture performers of his generation, was saluted on Sunday with a lifetime achievement award from his acting peers, and used the occasion to take a veiled jab at U.S. President Donald Trump. The two-time Academy Award winner and star of Oscar-nominated mob film The Irishman received […]

‘A Sai Paranjpye thriller on demonetisation’