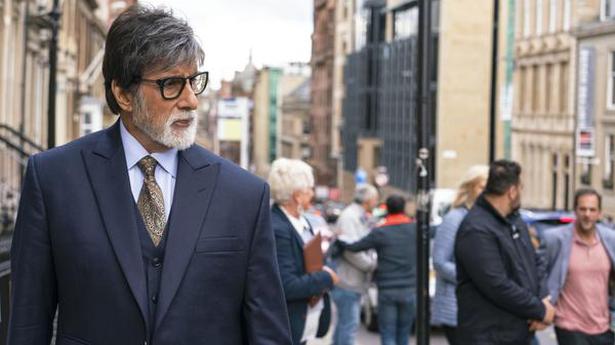 As I listen to Badla’s soundtrack, a musical duo that that I sorely miss these days keeps popping up in my head – Vishal-Shekhar. The composing duo who were an integral part of Sujoy Ghosh’s directorial journey (one that has always given great importance to music) that began with that memorable tribute to the “boss” R D Burman and peaked with the Vidya Balan starrer Kahaani, nine years later. In time, Ghosh decided to pursue his musical association with Clinton Cerejo – the man who scored the background music for Kahaani – for his future ventures, while Vishal-Shekhar have gone on from being leading composers in Bollywood to rarely heard names in the industry. The duo had one Hindi soundtrack in all of 2017, and none in 2018. For his latest, Ghosh has decided on a multiple composer route, reducing Cerejo’s contribution to a single song.

The man who gets the leading composer role with two tunes – appearing in the form of three tracks, thanks to a reprise – is Amaal Mallik. The composer opens his 2019 account with this movie, after a largely quiet 2018. Which has probably to do with his vocal stance against industry’s current remixing trend. Mallik’s songs, ‘Kyun Rabba’ and ‘Tum Na Aaye’, would make a perfect fit for one of those Bhatts/Mohit Suri movies. ‘Kyun Rabba’ is an engaging listen though, despite the said hangover – perhaps because the song is a throwback to songs from Emraan Hashmi starrers. The haunting melody is delivered wonderfully by Mallik’s brother Armaan, and the composer sets up a dreamy and moody soundscape. The acoustic version of the song is not quite what I expected, since it clearly has electronic elements in the backdrop. It even has an electric guitar solo in the interlude. Nevertheless, the comparatively minimal orchestration suits the melody – and puts more of the spotlight on Mallik’s top quality rendition. Mallik gets KK to sing ‘Tum Na Aaye’ – another singer rarely seen in Bollywood of late. Listening to him sing here, one can only wonder why that is, the man still sounds as good as he ever did. The same can’t be said of the song, unfortunately, the quality of the melody isn’t sufficient to offset the déjà vu in this case.

Bengali composer Anupam Roy is called in for the movie’s title song, and like with most of his songs, he is the singer and lyricist (co-writing with Manoj Yadav) for the song as well. There is a lightness in the song’s lyrical tone, in contrast to the movie’s theme – I quite liked the play on the word badla, switching between the two implications of the word (changed vs revenge). Add to that the immersive arrangement, and we have an engaging affair, though I wouldn’t rate it among Roy’s best songs, it serves the purpose.

With his single track, Cerejo gives Sujoy Ghosh the album’s best number. Built once again on an ambient soundscape that dominates the album, ‘Aukaat’ is a punchy song with its groove in the right place. Once again, there’s he play on badla (though here it is more the other forms of the verb), particularly effective when it comes as part of the rap portions that are delivered by Amitabh Bachchan and Jizzy. Towards the end of the song I also sensed some folk percussion kick in – the combination took my mind back to Cerejo’s ‘Rootha’ from the movie TE3N. The only problem of the song is its duration – it lasts just over two-and-half-minutes. All in all, Badla’s soundtrack is an entertaining listen, even though not quite up to the standard of Ghosh’s previous films.

The other side of Duryodhana

Ranga Shankara, which is celebrating its 15th anniversary this year, is hosting special performances every month including presentation of rare art forms. “We have one special theatrical experience every month, and these few showcase the full range of an art form,” says S Surendranath, the Artistic Director of Ranga Shankara. On January 26, Ranga Shankara […]

Lost in translation: Why are Tamil filmmakers coming up with silly movie titles?

It looks like anything can be passed off as movie titles in today’s Tamil cinema. For example, there are two films releasing this Friday — Ungala Podanum Sir and En Kadhali Scene Podura. What purpose does the title serve? We do not know. And this is happening in an industry that has a rich history […]

‘What about the Ravana inside you that wants to be heard’

For the past eight years, the National Centre for the Performing Arts (NCPA) has been holding the Contemporary Dance Season to showcase performances that combine innovation and cutting-edge choreography. In its ninth season this year, NCPA has some dance programmes by prominent artistes, which are not only entertaining and engaging but thought-provoking as well. Performances […]